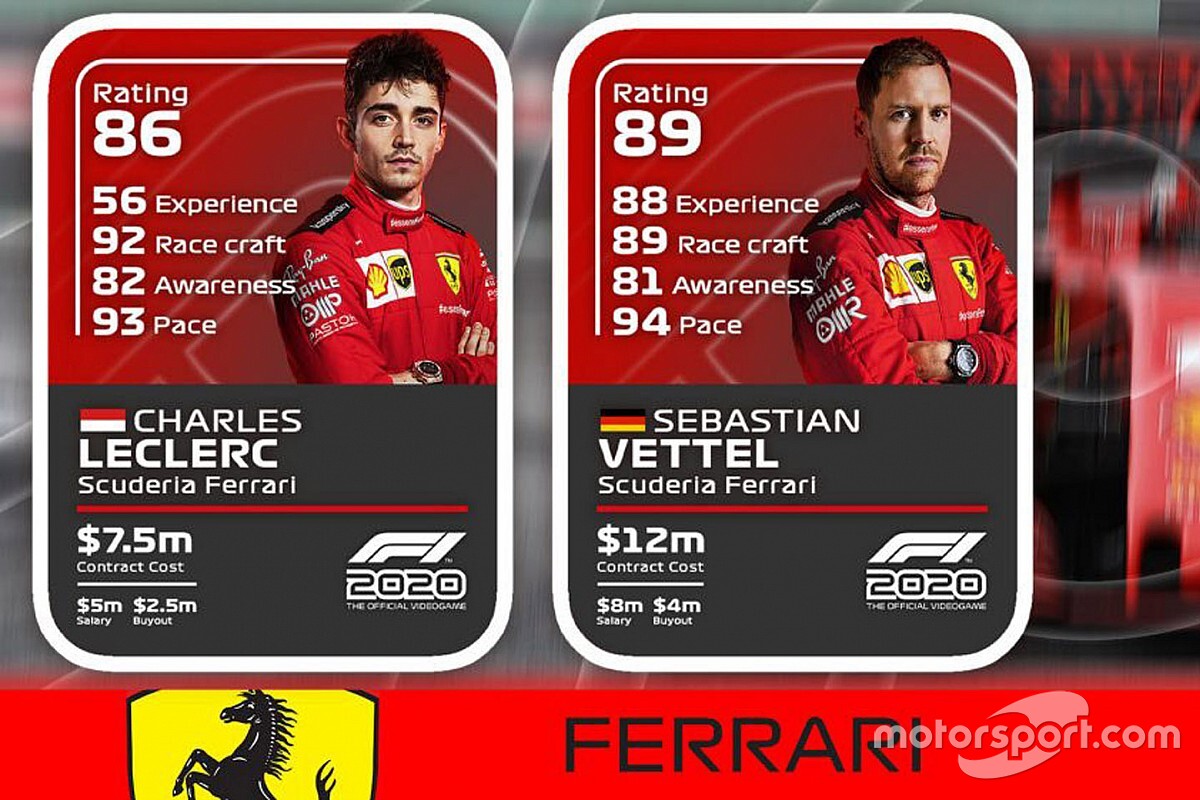 July is set to be an exciting month for Formula 1 fans as the 2020 season finally gets underway with two races in Austria, ending the wait for racing.

But it will also bring the release of F1 2020, the latest official video game produced by Codemasters on July10 that gives fans around the world the chance to go wheel-to-wheel on their consoles or PCs.

Codemasters have released a number of videos building up to the release of the game in recent weeks, as well as promoting an all-new game mode that allows players to create their own teams.

The new game will also see driver ratings debut, with the score for each of the 20 F1 stars being announced across the sport’s social media channels in recent days.

While big hitters such as Lewis Hamilton and Max Verstappen understandably have high scores, some of the other ratings have sparked a mixed response through the F1 community.

As F1 plans to make another big step with its virtual product, have these driver ratings missed the mark? Or should they be taken with a pinch of salt as it is only a game?

In the latest edition of the Is It Just Me? podcast, Jess McFadyen and Luke Smith discuss the ratings and how they should work, and consider what changes could have been made.

Jess and Luke also hear from fans who have submitted videos and voice messages giving their opinions, as well as discussing views on the live chat throughout the show.

The podcast can be watched on Autosport’s YouTube channel, and is also available via all good audio platforms. You can also listen to it below.