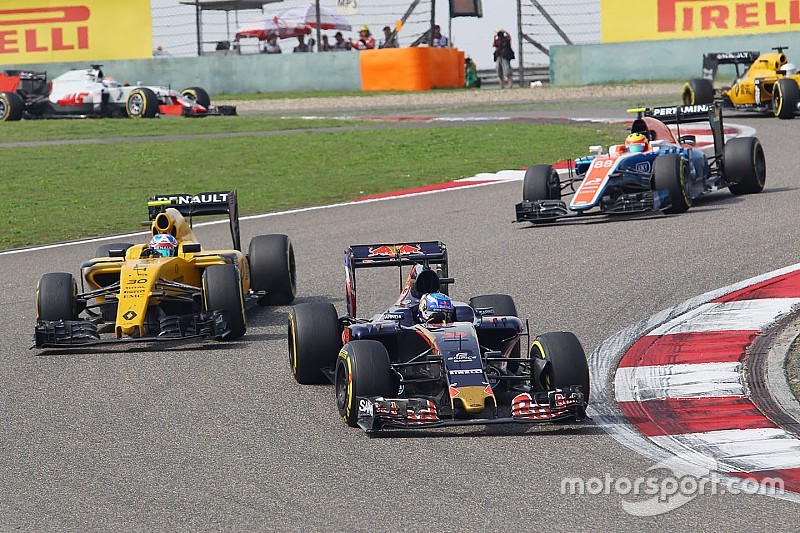 Max Verstappen says a mistake in selecting the wrong power mode for the start of the Chinese Grand Prix cost him the chance of an even better finish.

The Dutchman qualified ninth and, with a normal getaway, would have been able to capitalise on the trouble that many cars ahead of him faced over the opening laps.

But by that stage the Toro Rosso driver had slumped back in to the midfield thanks to his slow pull away – and then his situation was made even worse by him losing even more time thanks to a double-stop for his team at the early Safety Car pit stop.

Nevertheless Verstappen produced a charging drive to finish eighth as he got to within sight of Lewis Hamilton at the end.

“Yeah, I just needed one more lap and then I would have had a chance,” explained Verstappen.

“At the start I had a good first reaction, but then I was in the wrong power mode, basically like an out lap. So there wasn’t much power there.

“Luckily I changed the switch but I already lost three or four positions there. From there on, it was tricky.

“With the safety car I think I lost even more ground, because we decided to do a double pit stop, which [meant] I went to the back of the pack.

“I overtook the rivals one by one and at the end to come back to an eighth position. At the beginning of the race I couldn’t have believed that.”

Despite having seen the chance of a better result slip through his hands, Verstappen said that there were some encouraging signs about the performance of his car coming out of the race.

“I think at the end we did a great job, because the people in front of us were really struggling and I still managed to push for a few more laps,” he said.

“I think in terms of strategy we did a good job.”