Qatar looks increasingly likely to join the 2021 Formula 1 calendar in November as a replacement for the cancelled Australian Grand Prix.

By:
Luke Smith
Co-author:
Roberto Chinchero
Listen to this article

F1 has been exploring a number of options to bolster the second half of the season as the ongoing COVID-19 pandemic continues to impact a number of races.

The Japanese Grand Prix became the latest race to get cancelled last week, joining Canada, Singapore and Australia as events that have been formally scrapped.

F1 officials have been working to find a replacement for the Australian Grand Prix that was originally scheduled for 21 November, with the slot remaining 'TBA' on the current calendar.

But plans are now advancing for Qatar to fill the gap and host its first F1 grand prix in November, according to multiple sources, that would act as a boost to the schedule and hopes to fulfil the planned 23-race season.

The Losail International Circuit holds an FIA Grade 1 licence required to stage F1 events, and has been a mainstay on the MotoGP calendar since 2004, serving as the venue for the opening two rounds of the season earlier this year.

It has also staged World Superbike and World Touring Car Championship rounds, but has not hosted a high-profile single-seater event since 2009 when GP2 Asia raced at Losail. The circuit has full lighting that would allow for a night race to take place, as seen with its MotoGP events. 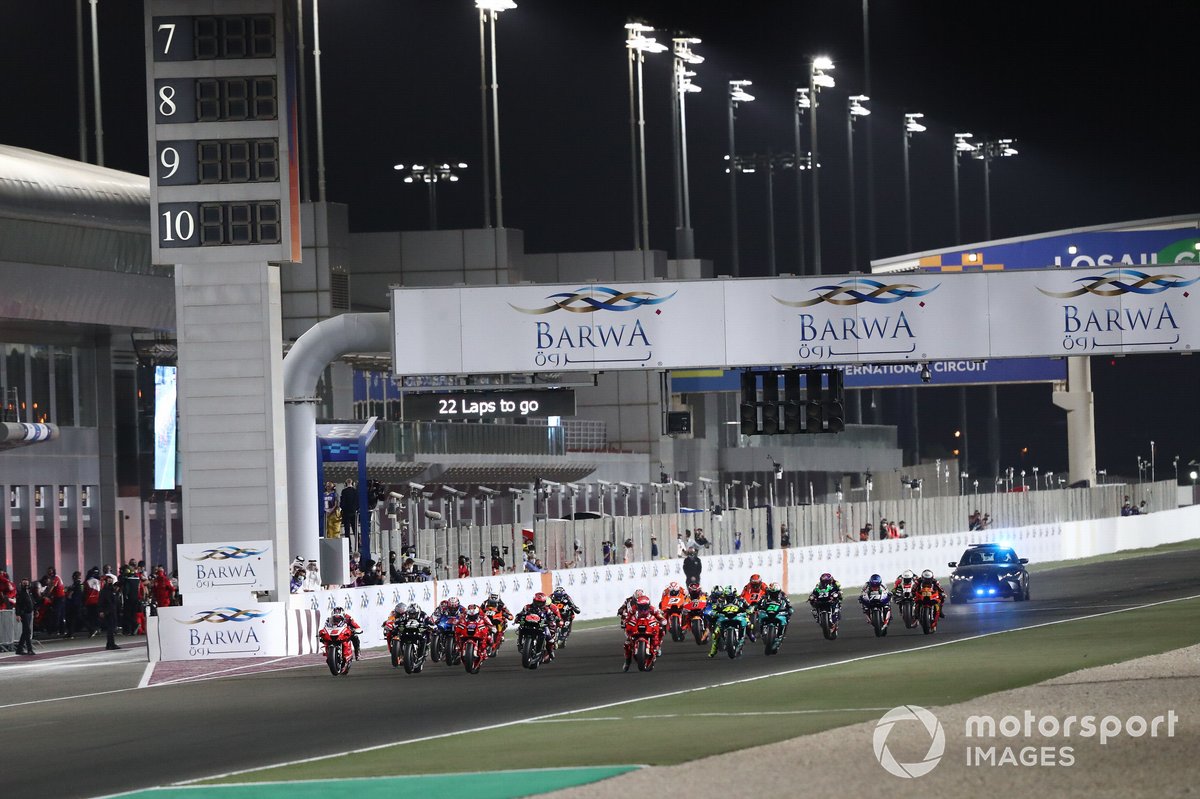 Qatar's possible addition to the calendar could create a run of races in the Middle East towards the end of the year, with Saudi Arabia (5 December) and Abu Dhabi (12 December) scheduled to close out the season.

Questions remain over the races in Mexico and Brazil, given their UK red list status, while Austin - which has been mooted for a possible double-header in October - is experiencing a surge in COVID-19 cases and hospitalisations.

The red list status of countries hoping to host grands prix later in the year would have a big impact on travel arrangements. Anyone returning to the UK - home to seven of the 10 teams - from a red list country is required to complete 10 days in government hotel quarantine, regardless of their vaccination status.

The Turkish Grand Prix was moved from its original date in June after being added to the red list, but F1 is known to be exploring onward travel options for the race at Istanbul Park planned for 3 October, with a final decision thought to still be a few weeks away.

It’s been an unlucky 13 for Ferrari in Abu Dhabi since the first Formula 1 race was held there in 2009. But if the Scuderia can finally win at the Yas Marina Circuit in 2022, then BEN EDWARDS feels this could bode well for even greater success in 2023