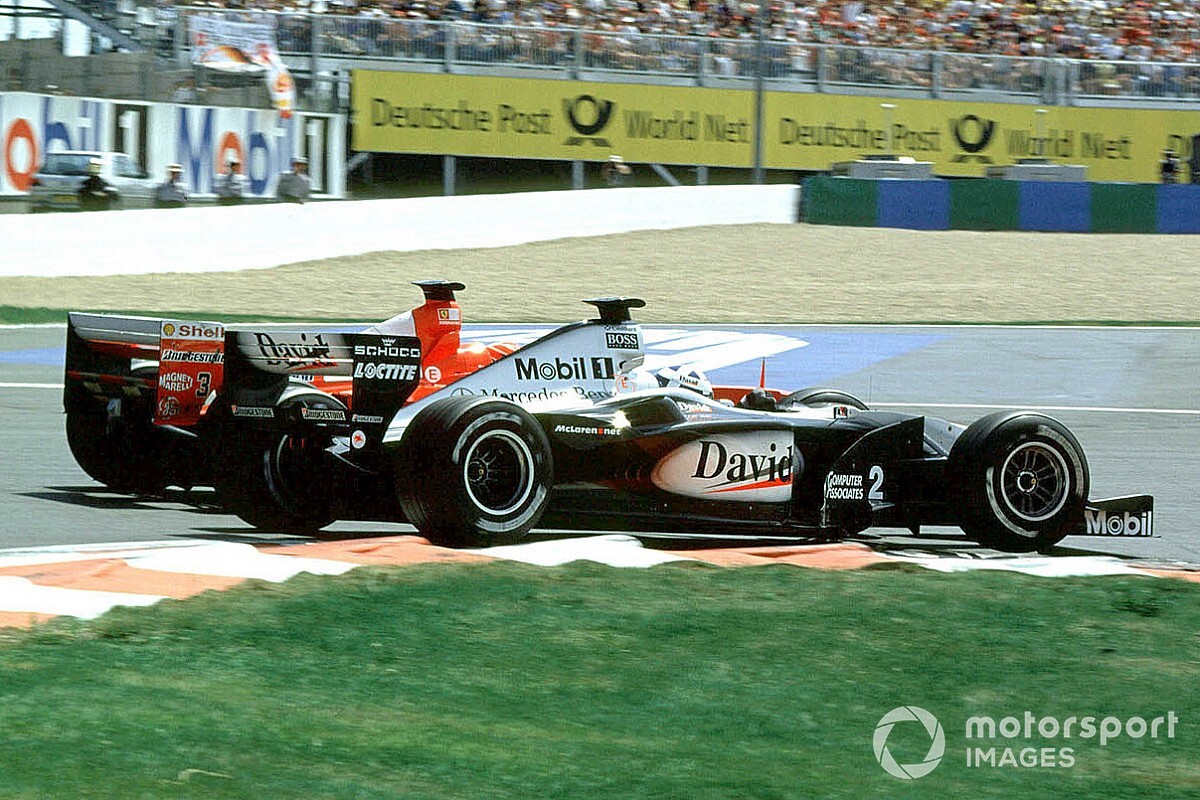 The latest episode in Autosport’s Race of My Life podcast series is David Coulthard, on a day that the 13-time Grand Prix winner took the fight to Michael Schumacher – and won. And swore at him in doing so!

Although I won grands prix at Silverstone, Monaco and Spa, the reason I decided the 2000 French GP was the greatest race of my career was because I put myself in such a zone that day. Looking back, if I could have sustained performances like that across my career, I could have been a championship contender, but history shows I had troughs as well as those high peaks – and giving Michael Schumacher the finger that day adds an extra talking point… 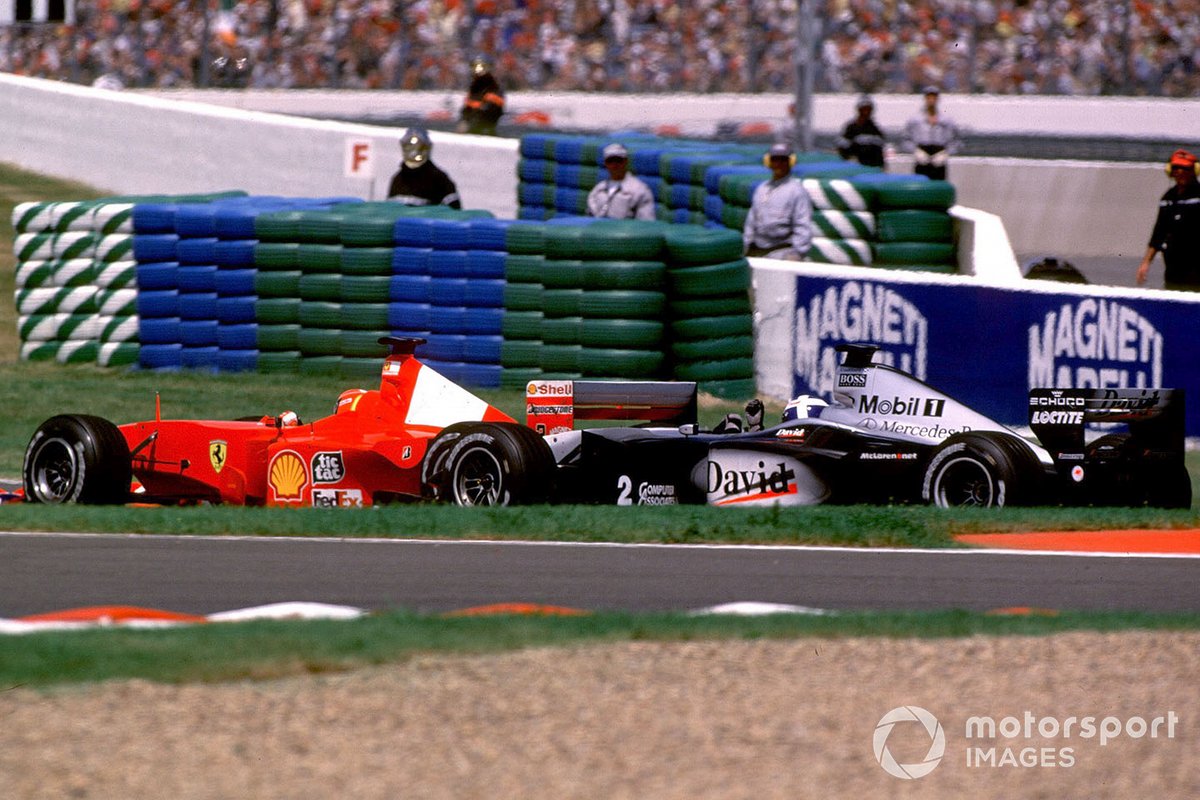 I had my motorhome right inside the circuit, and I remember getting up early, going straight onto my rowing machine, got my heart and lungs pumping, and I really felt ahead of the game. I was in a good place – focused and determined – and I always went well at Magny-Cours.

I qualified second to Michael, after I’d had to switch to my spare car for the first part of qualifying. My race car, which had a fuel leak, was repaired in time for a last-minute flyer, but I just missed out. 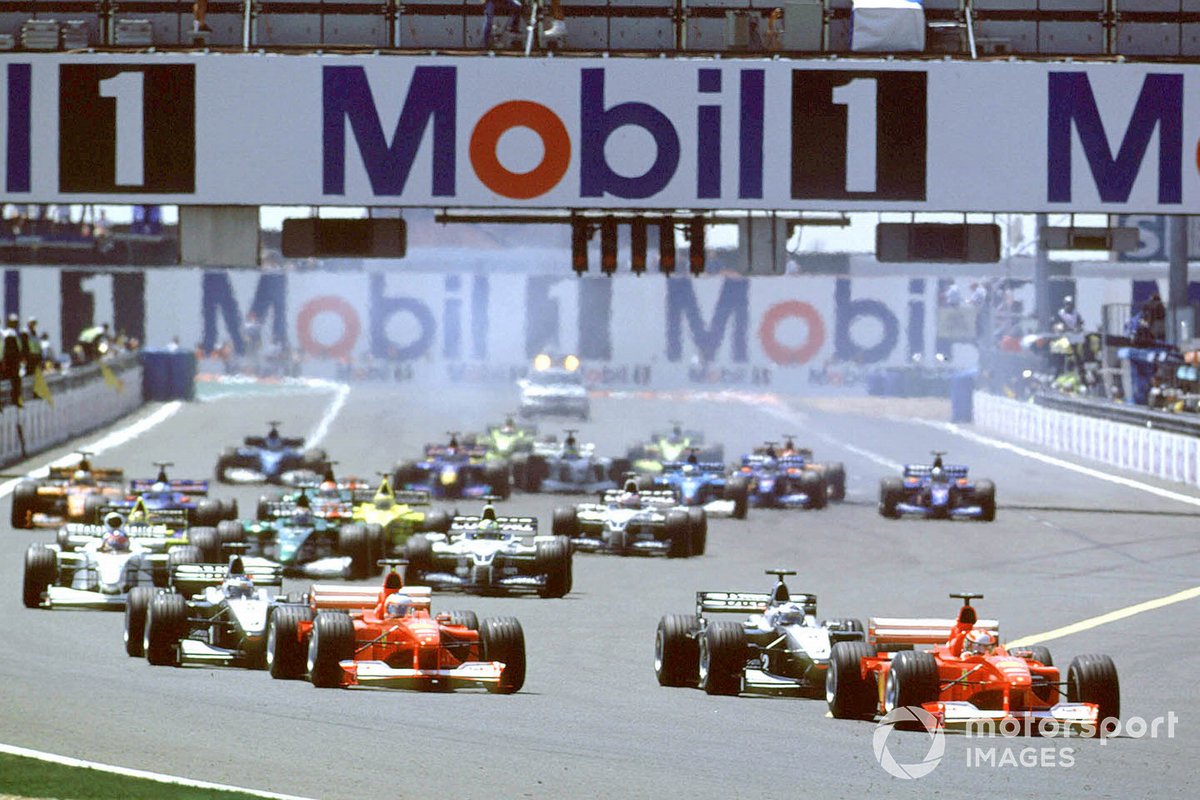 At the start, Michael chopped across me, cutting me up and forcing me to lift for the first corner, the fast left-hander, so Rubens Barrichello was able to sweep around the outside.

I passed Rubens on the track, which is never easy in F1, then I caught Michael after the first pitstops and I had to overtake him – which was even harder.

The first time I tried at the Adelaide Hairpin, he drove me wide on the exit. I was already frustrated about what he did at the start, so this made me really angry! 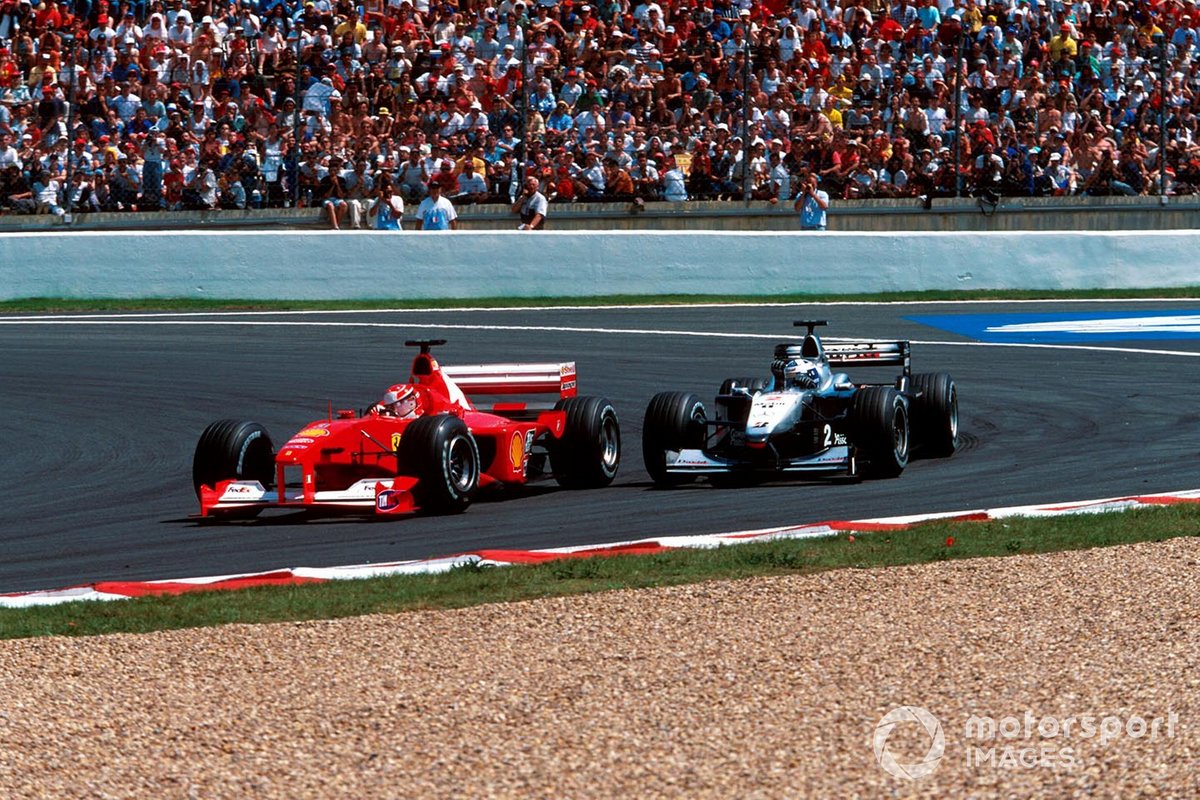 It’s a weird thing: I’m not normally someone who gives people the finger or the wanker sign, both of which I then did to Michael. But when Mika Hakkinen spun me around at Estoril in 1996, I never realised – until I saw photographic evidence – that I’d given my team-mate the finger that day too!

I think it shows that when I’m in that absolute zone, I have this subconscious fighting spirit. My conscious thought would have stopped me doing that, because I’ve got quite a reserved personality. Straight after the race I apologized for my hand gestures; I was back in the room!

That anger had given me such a focus, when I did pass Michael a few laps later – we touched wheels a little bit – off I went and won the race. It felt like anything other than a win that weekend wouldn’t have been enough; before the race started I knew I was going to win the grand prix. 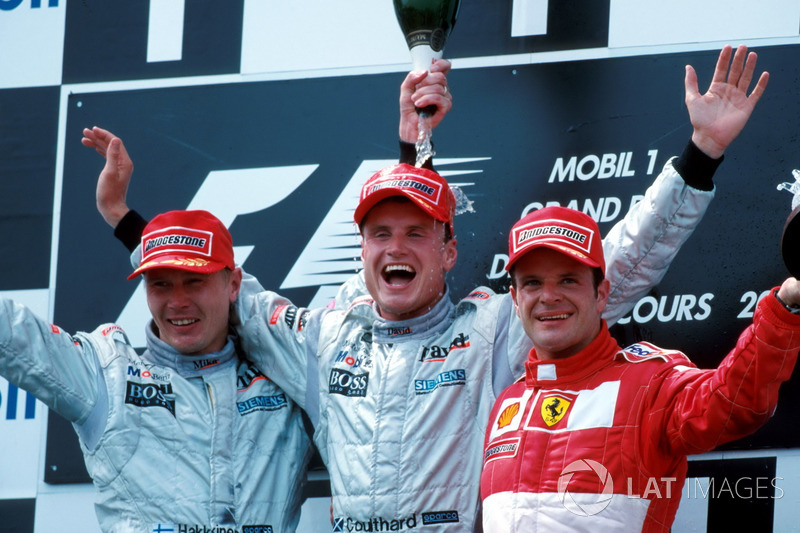 The picture on the front cover of that week’s Autosport is as happy as you’ll ever see me.

For more insight, check out our Podcast...