FIA: No evidence of Mercedes guilt in Racing Point case 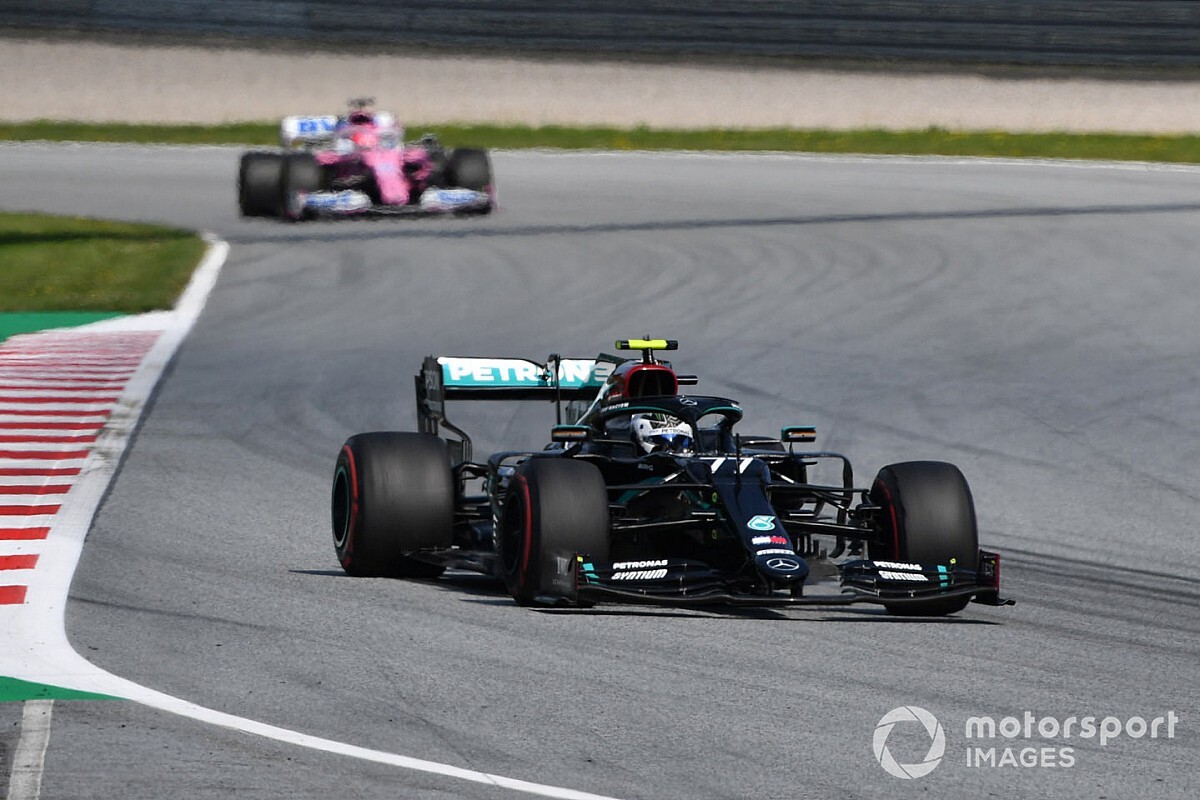 The FIA says there is "no indication" that the Mercedes Formula 1 team has illegally given Racing Point information on listed parts.

Renault’s protest against Racing Point is focussed on the RP20’s brake ducts, which were not listed parts in 2019, but are in 2020. That means it was not illegal for Mercedes to give and for Racing Point to receive data on brake duct designs in 2019.

In effect, the case revolves around that information subsequently being used by Racing Point on the brake ducts of its 2020 car, and whether or not that breaks the rules.

“In this particular case I don't think there will be a huge debate about what happened,” said the FIA’s head of single seater technical matters Nikolas Tombazis.

“I think the debate will be about whether what happened is in breach of the regulations or not. I don't think we need to be detectives. I think we'll need to be more philosophers or lawyers, but not detectives.”

Regarding the possible guilt of Mercedes, Tombazis made it clear that it would only become an issue if Mercedes had transferred information on parts that were listed at the time of that transfer.

“I think it has to be differentiated a bit," he said. "Because if transfer of IP [intellectual property] took place on a listed component that was also listed last year, so if say, Mercedes had given Racing Point the front wing design, which was listed, there's no way that you can ever argue that is acceptable in the regulations.

“I think then Mercedes would be very heavily implicated as co-guilty in that particular example. To be clear, we haven't got any such indication. I think the information that was passed was passed if at all as non listed components in 2019.

“I think Mercedes is not implicated in that. What is the debate at the moment is not whether Racing Point actually had such components in 2019, it's what happens after that, when these components change category status [to listed].

“I think that is the crux of it, and how Racing Point treated that information is what is under scrutiny, it's not whether such information was originally received during 2019.

“If in the investigation it was found that Mercedes passed information on air ducts during 2020, then yes, Mercedes would be implicated, but we don't have any such indications.”

Tombazis confirmed that after the Styrian Grand Prix last weekend the FIA retained one front and one rear Racing Point brake duct.

“In this process, we confiscated eight such components from Racing Point from the previous Grand Prix," he said. "We inspected them, and we confirmed they were all identical, all the fronts were identical to each other, and all the rears were identical.

“Hence with the approval of the stewards and of Renault we gave six of them back to Racing Point and we kept one front and one rear.

"We've asked Mercedes to give us the same components. When I say the same, I mean the components they used last year that Renault say are similar to the ones Racing Point are using.

“And we've also asked both Racing Point and Mercedes to submit the CAD data of these components, so we can do a detailed comparison and see in what ways they're similar and what ways are not similar. And that is a process we're doing, and it's a work in progress.”

Hungarian GP qualifying as it happened