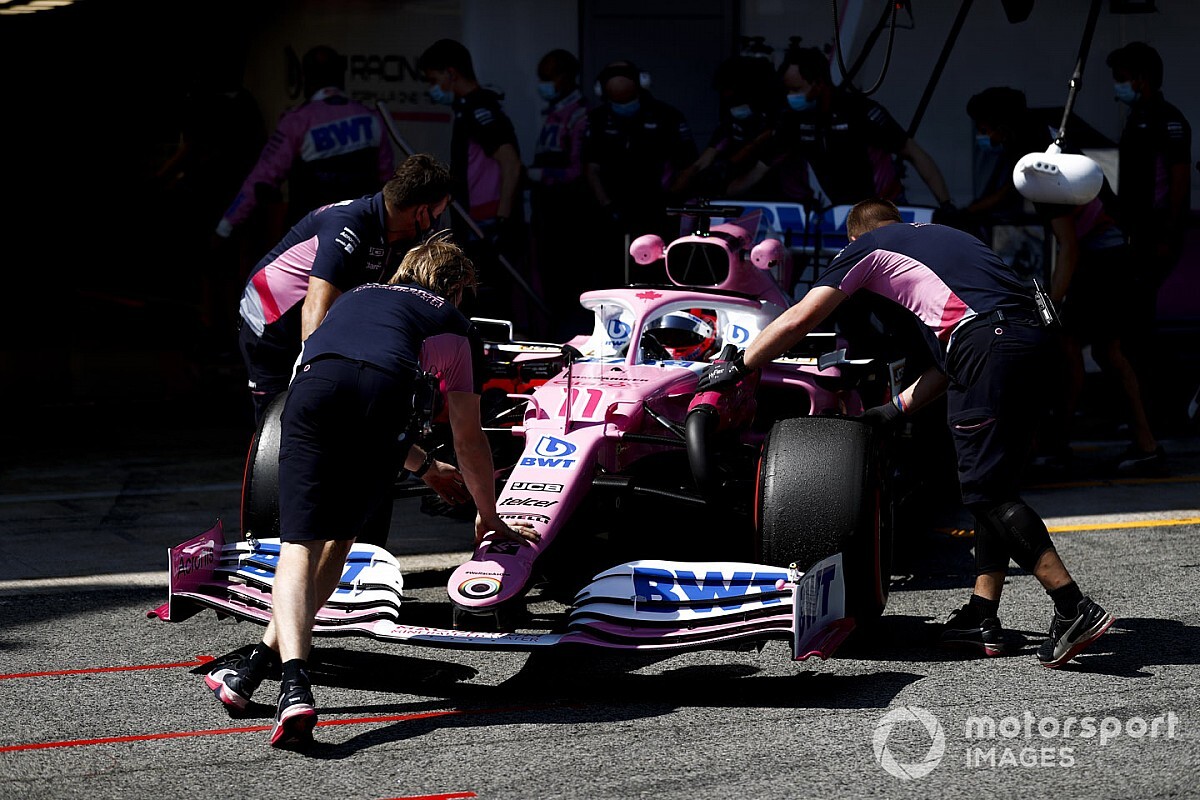 The upcoming clampdown from the FIA on car copying in Formula 1 will have “zero impact” on Racing Point’s business model, according to Otmar Szafnauer.

The FIA announced this month that it will be tweaking the regulations from 2021 to clamp down on car copying, preventing teams from reverse engineering other designs through photography.

It comes in the wake of the controversy surrounding Racing Point’s design approach for the RP20 car, which is based on the title-winning Mercedes W10 from 2019.

Racing Point was found to have illegally copied the rear brake duct design of the 2019 Mercedes, but will fight the case in the FIA’s International Court of Appeal.

Both FIA head of single-seaters Nikolas Tombazis and secretary general for motorsport Peter Bayer have confirmed they will put an end to car copying by updating the regulations for next year.

But Racing Point team boss Szafnauer does not believe the changes to the regulations will have any impact on the Silverstone-based squad’s business model moving forward.

“I don’t think it changes our business model at all. We’re not the most affected team,” Szafnauer said.

“We’ve got 500 employees. The reason we don’t have 700 or 800 like some of the bigger teams is that we lack in-house manufacturing.

“But if you just compare us to everyone else in design, development, aero personnel, we are the same. We’re the same as the big teams.

“It has zero impact. We’ve always been a constructor, from the days of Jordan to the days of Racing Point and everywhere in between. We’ve got the capability of designing, developing, and constructing all of our own components.

“It will have zero impact on our business model. If the rules become more clear, we will stay within the bounds of those rules. Absolutely no problem.”

Racing Point has pursued a close technical partnership with Mercedes that sees it receive some non-listed parts that it does not design itself, which it claims prompted it to follow Mercedes’ design concept.

Racing Point will continue to race with the RP20 car through 2021 following the decision to carry over the existing chassis in the wake of the COVID-19 pandemic, but will then have to design its own car from scratch for the new regulations in 2022.

Concerns were raised by numerous teams about the outcome of the Racing Point case prior to being informed by the FIA there would be a clampdown on car copying.

McLaren and Williams had initially lodged appeals against the stewards’ ruling, but withdrew them after being satisfied by the FIA’s assurances.

Both Ferrari and Renault will be continuing with their action in the case, with Ferrari saying it wishes to gain “clarity and transparency” about car copying rules.

Return to Indy would be “very good for Formula 1”, says Todt

Tsunoda will be in AlphaTauri “sooner or later”, says Tost