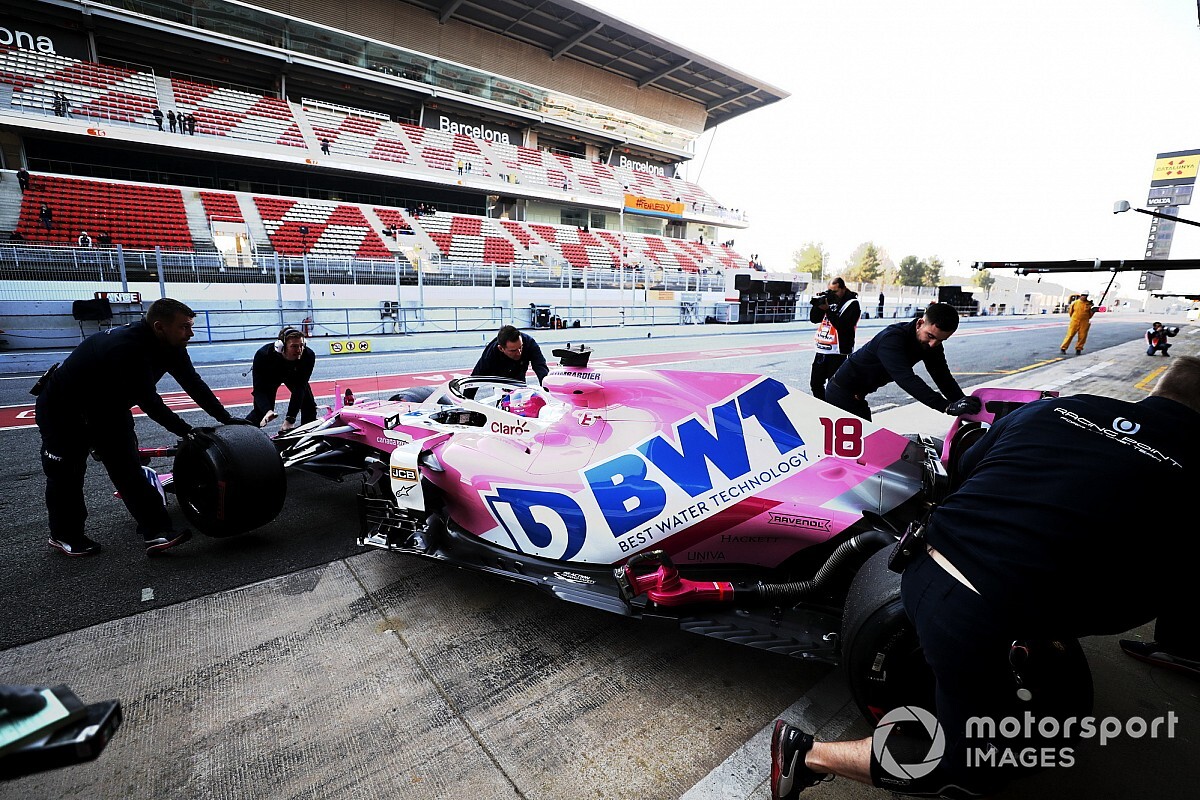 Racing Point boss Otmar Szafnauer says that his team has to carefully weigh up the costs and benefits of developing a DAS system before it green-lights such a project.

Szafnauer also acknowledged that within the FIA rules on sharing technology Racing Point could buy the system from Mercedes in the unlikely scenario that it would be made available.

The team already buys some suspension parts from the world champion team, along with its power unit and gearbox.

However, he insisted that Racing Point would in any case prefer to proceed with its own system.

"It looks looks like a clever bit of ingenuity," said Szafnauer. "And I'm sure everyone now will see how quickly we can get it on.

"Do you remember the McLaren F-duct? Totally different, but similar in development process. They came out with it and everyone else tried to copy it, and by the end of the year I think we all had it, if I remember rightly.

"Similar to the double diffuser, although that was less visual. I think we're one of the first to put it on, after the three teams that had it, Toyota, Williams and Brawn. Brawn started first and the other two had a heads-up, but I think we were the first team to put it on thereafter."

Szafnauer conceded that DAS would have to be earn its place in an already busy development programme.

"Depending on the effort and the benefit. So if it's a huge effort for little benefit, probably not, because we have limited resource. But if it's a small effort for a big benefit, than probably yes.

"I remember in the McLaren F-duct days it was a bit of a ruse to get everyone else [to follow]. Because McLaren had spent so much time and effort developing it that they thought it was not an easy thing to do.

"And thought, well let them spend all their time and effort during the season developing this, which means they won't be developing something else.

"So there is that there is that question too. And again, I think it comes back to benefit versus effort. So if the effort is too big for a benefit that isn't there, then you should be spending your limited resource on something that gives you a bigger benefit."

Szafnauer said currently Racing Point doesn't buy any steering system elements from Mercedes, although it would be allowed to.

"Until now, we didn't know about it. If we decide to go down this route, we'll do it ourselves anyway.

"And we do look, we look around everywhere to see what other people are doing to improve our car. And I know the other teams do the same. So it'll be interesting to see who's the fast follower on this."

Asked about the legality of DAS, he said: "We don't understand it well enough yet. Maybe some teams will say it's illegal, but sounds like from just listening to the information that's out there, from what James [Allison] was saying, in an interview that they've gone back and forth with the FIA quite a bit.

"So I think it would be odd for the FIA to say yes, and then no. However, that has been done in the past. Williams had a gearbox banned after a while, and I'm sure there's many more examples."

Haas team boss Gunther Steiner suggested that his team is unlikely to pursue DAS, as its resources can be better used elsewhere.

"So, first of all, I don't want to say if we can do it or not, but I think we wouldn't spend time to develop, to do this, because we've got lower-hanging fruit to get than a steering wheel that goes up and down and does something to the front suspension.

"So, first of all, hopefully we find out soon what it does, somebody will come up with an explanation or maybe Mercedes explains it - I guess they don't - but for sure a midfield team is not going to invest resources to figure something out like this because we've got issues which give us more return for the investment."