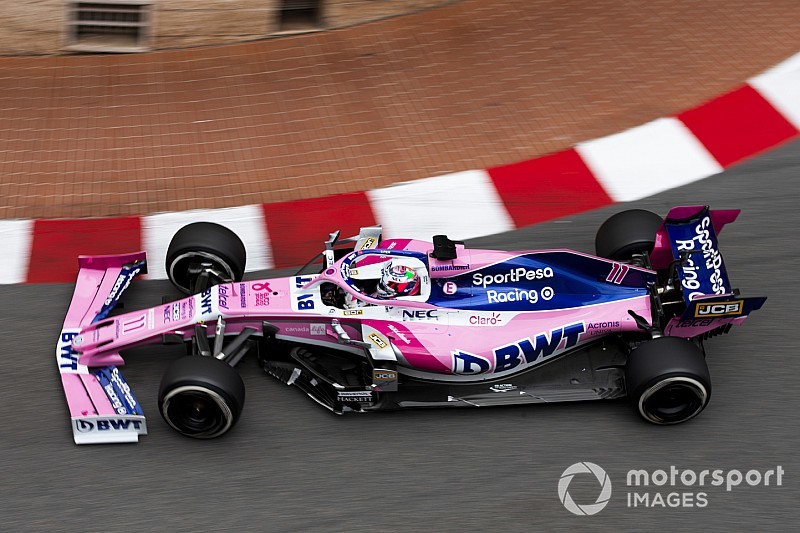 Racing Point Formula 1 boss Otmar Szafnauer says the team will have a "good fix" for its qualifying issues for the upcoming Canadian Grand Prix after struggling in Monaco.

Both Sergio Perez and teammate Lance Stroll failed to make it out of Q1 in Monte Carlo, finishing 16th and 17th quickest.

Szafnauer says the team now understands the problem was related to the tyres and is optimistic it can bounce back.

"We know what went wrong in qualifying, and hope we'll have a good fix for it in Canada. It's all in the tyres," he told Motorsport.com.

"We just have to learn. Even Mercedes, as you saw, they almost lost it due to the tyres. We'll get there, I have no doubt. We'll recover, that's what we're good at."

Racing Point had a strong start to the season, with a high point in Baku, where Perez was sixth and Stroll ninth.

However, with the updates fitted in Barcelona Perez finished 15th and Stroll crashed out, while in Monaco last weekend the pair crossed the line in 13th and 16th places, although Perez gained a spot post-race when Kevin Magnussen was penalised.

Szafnauer says the team lost its chance of scoring points in Monaco with a poor qualifying session.

"Our expectations were definitely higher, and once we got it wrong in qualifying, it was very hard to recover," Szafnauer said.

"I think our race pace was decent, but it's hard to overtake, and then when you try somebody like Magnussen cuts the chicane and hurts you too, and you can't do it again. Sergio got held up by the traffic jam at Rascasse, and we lost a good six or seven seconds there.

"At the end he was a couple of seconds of scoring a point. In between him and a point was Magnussen and Norris. Had he been able to get Magnussen early, there would have been a chance. And he had him."