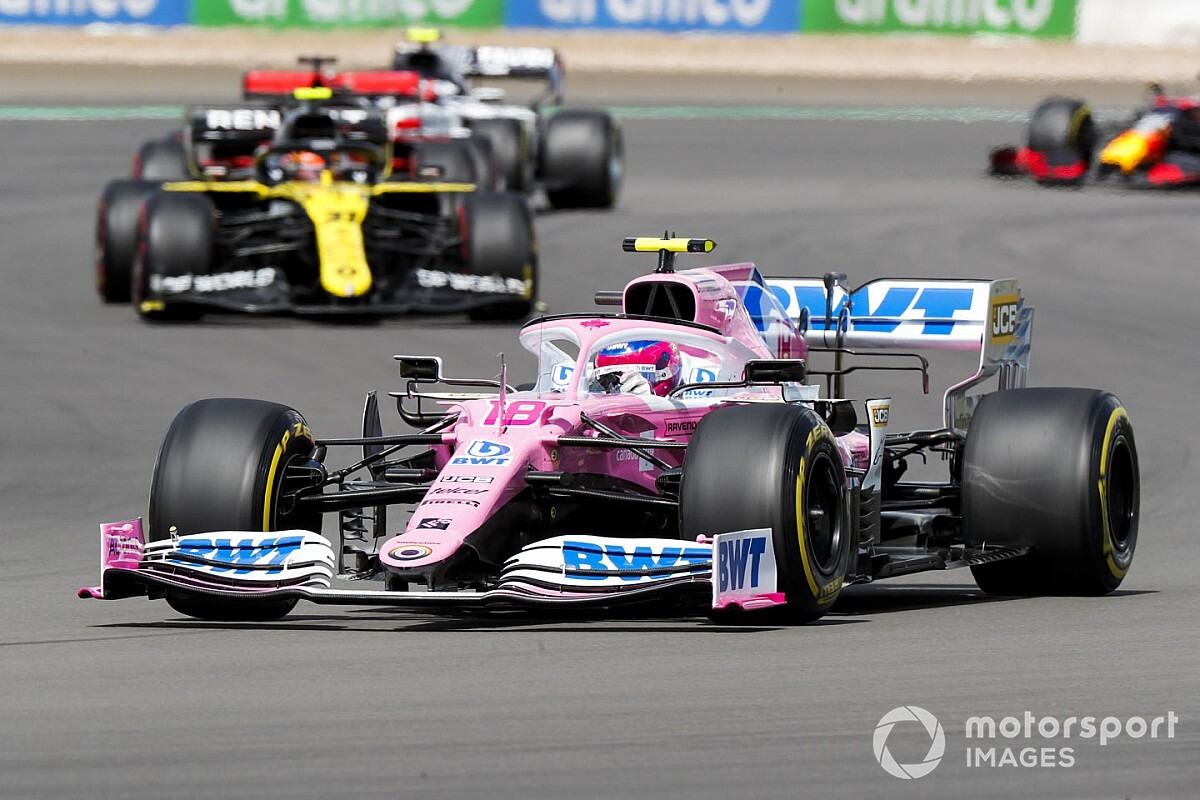 Racing Point has been docked constructors' championship points, fined 400,000 euro, and reprimanded after the FIA upheld Renault's protests against its brake ducts.

In a lengthy summary handed down by motor racing's governing body on Friday morning, stewards concluded that Racing Point's brake duct design was in breach of F1's design rules.

The FIA concluded that the 'principal' designer of its rear brake duct was Mercedes, which meant Racing Point had broken the rules.

It was decided that the team would lose 7.5 constructors' championship points for both its cars in the Styrian Grand Prix as well as be fined. Furthermore it was reprimanded for having run the ducts in the Hungarian and British Grands Prix.

In its statement, the FIA said that it did not accept Racing Point's arguments that it had designed the brake ducts from scratch.

It revealed that Racing Point had taken delivery of a complete set of Mercedes 2019 brake ducts on January 6.

And whereas Racing Point's current front brake duct design had been an evolution of what the team ran last year, the FIA concluded that the RP20's rear concept was based on what Mercedes had produced.

"Since the RP20 RBDs [rear brake ducts] were not run on the RP19 in 2019 and since the Stewards believe that the design effort expended by Racing Point in adapting the RBDs originally designed by Mercedes for the W10 pales in comparison to the significance of the original Mercedes work, the Stewards conclude that the principal designer of the RP20 RBDs was Mercedes, not Racing Point," it said.

The FIA believes that by making use of Mercedes' design, Racing Point had gained a competitive advantage by being able to devote design resources to other areas of the car.

While handing down a punishment for the team in terms of constructors' championship points, the FIA said it was unrealistic to expect Racing Point to remove and redesign the brake ducts from now on.

"The Stewards acknowledge that since the RBDs are compliant with the 2020 FIA F1 Technical Regulations, it is not realistic to expect Racing Point to re-design or re-engineer the BDs in a way that would effectively require them to "unlearn" what they already know," said the FIA.

"Therefore, the penalty imposed is intended to penalize the potential advantage Racing Point may have accrued in the BD design process which resulted in the use of LPs which were not designed by it."

A disqualification from the races was ruled out because the design breach broke the Sporting Regulations only, rather than the team running anything that did not comply with the technical rules.

Racing Point has been given 24 hours to decide whether or not it intends to appeal the decision.

Hamilton says it's not the right time for contract talks