Racing Point hopes to look in "different direction" with updates 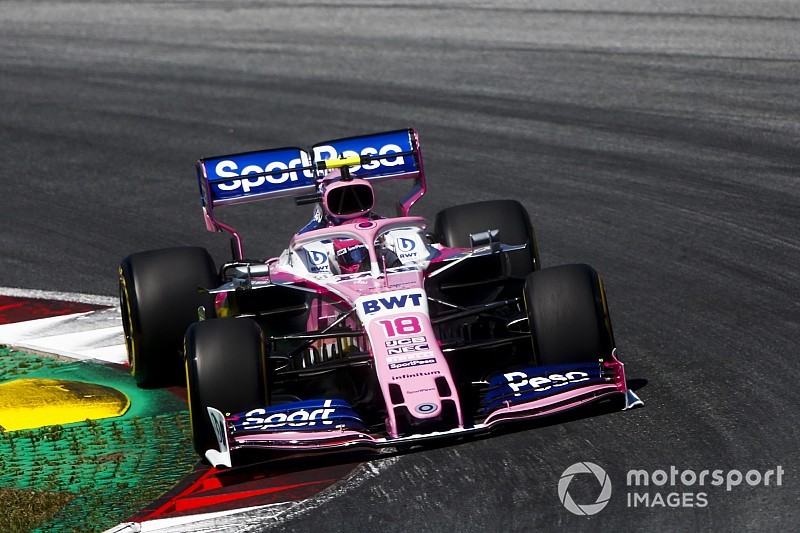 Racing Point Formula 1 team technical director Andy Green remains hopeful that a major update package due before the summer break will help the team start looking in a "different direction".

In a race of no attrition in Austria, Sergio Perez finished 11th, not far behind the Alfas of Kimi Raikkonen and Antonio Giovinazzi, while Lance Stroll was 14th, having lost some time due to an issue with the FIA fuel-flow meter.

The team has now made the points just once in the last five races, when Stroll finished ninth in Canada, and lies seventh in the championship.

Green concedes that there is work to be done.

"In the end we weren't quick enough, as simple as that," he told Motorsport.com. "We underperformed in qualifying, so we were in the wrong part of the grid, and once you're there, it's so difficult to do anything.

"We'll pick ourselves up, and go to the next one. We know that there are improvements coming. You can see in the last few performances, we're definitely making inroads."

As previously reported, the team has a major update coming before the summer break that represents a change of aero philosophy.

"There are a few little aero bits at Silverstone, and we'll keep them coming," said Green.

"It's a case of starting to look in a different direction. So there's a small update at Silverstone, and the bigger ones are later, Germany/Hungary time. Silverstone is a small step towards that."

"It was very frustrating," he told Motorsport.com. "Especially when we were just a couple of seconds off Raikkonen and Giovinazzi, and we matched their race pace.

"It's just a matter of them getting us due to qualifying. We had good starts and were able to catch them, but when the race pace is the same, you can't overtake.

"It is a positive that we can race with the Renaults now, although Alfa Romeo beat us, it was very, very close. So just a little bit of improvement on our part, and we'll get it."

How Honda went from F1's biggest joke to winning again

Alonso, Vandoorne deserve "a lot of credit" for McLaren form