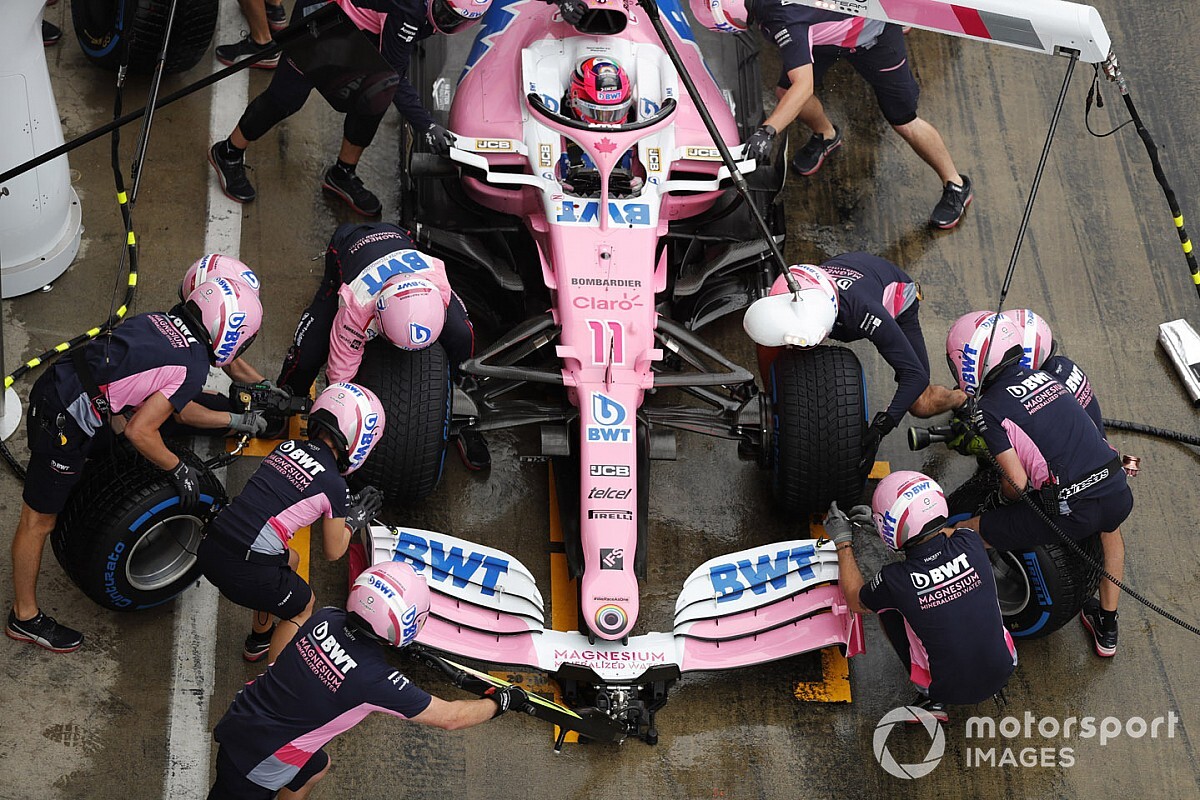 Racing Point thinks there is even more potential to unlock from its Formula 1 car, despite rivals already being wary about the pace of it so far this season.

Sergio Perez's charge through the field at the Styrian Grand Prix from 17th on the grid to fight for fourth left Red Bull team boss Christian Horner suggesting all teams should be 'worried' about his competitor's form.

But, with the outfit's first two weekends of the season having been impacted by poor qualifying performances, Racing Point believes that it has not shown its full speed yet.

Team principal Otmar Szafnauer thinks that increased understanding of its 2020 car, allied to when F1 visits high speed tracks, could be key to it fighting even further forwards in the future.

"There might be some circuits that suit us a little bit better than this one did, and we will be closer," said Szafnauer.

"But how much? I don't know. It's really hard to tell. I'm just happy that the race pace is good. But there is still some learning to do and we still haven't optimised the race weekend."

With the team having adopted the Mercedes design concept for this year it has had to learn from scratch about how best to setup the car.

And that is why Szafnauer has faith that his team has not unlocked the best from its RP20 yet.

"It does take time," he said. "You've got to do experiments and I remember years back when I was at Honda, there came a point in time in the latter half of the season, where suddenly you turned your focus on the following year and you were bringing no updates to the car.

"Eventually, with four, five or six races in a row with no updates, you learn more and you still went quicker, so that even happens in a mature car when you're not changing.

"With us, you know, there's still a lot more to learn and do. It's just, you do it through experience and experiments. The more Fridays we get in, the more we'll learn about the setup."

Szafnauer says the team especially learned a lot on Saturday, when its first wet outing with the car resulted in it not getting its tyres up to the right temperature window – with Perez being dumped out in Q1.

"If you don't get the wet tyres working because they're not in the window, you're going to struggle," he said.

"It's what happened to us for a variety of reasons and we know what those reasons are. Were we to go into a wet qualifying tomorrow with the knowledge that we gained on Saturday it will be a different story."