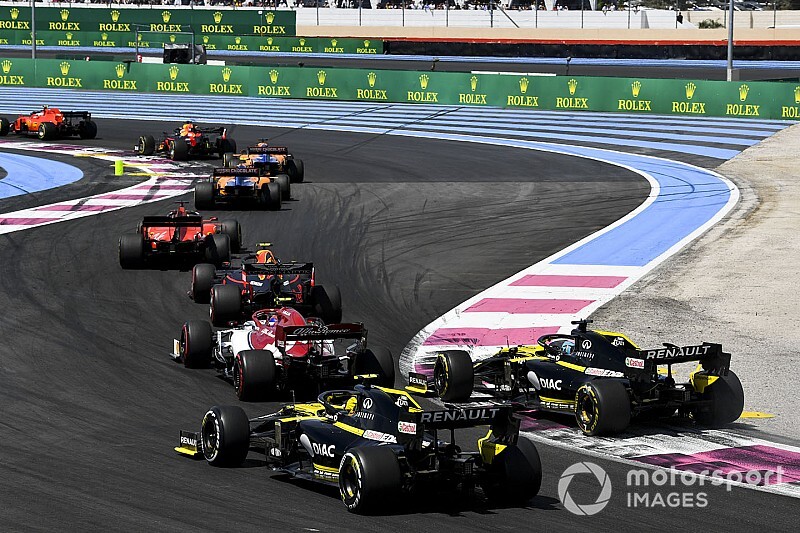 Formula 1 race director Michael Masi says he is open to the idea of rewriting the racing rules of conduct for 2020, if the sport’s drivers and teams feel that would be a good thing to do.

The controversy caused by Sebastian Vettel’s five-second penalty at the Canadian Grand Prix for rejoining the track in an unsafe manner and pushing Lewis Hamilton off circuit has prompted calls for F1 to rethink how it deals with such incidents.

Many feel that F1 is now over-regulated and the spectacle is being ruined because drivers cannot race hard as they risk being punished by the stewards.

It is understood that the Grand Prix Drivers’ Association (GPDA) held a lengthy meeting at the French Grand Prix to discuss the situation, and there is some suggestions it will consider ways that the FIA’s International Sporting Code can be improved to allow more freedoms.

Masi met with drivers at Paul Ricard for his regular briefing, but is clear that despite the Canada controversy having brought up major issues, he thinks it would be wrong to try to fast-track any tweaks to the rules for this season.

However, he has not ruled out the possibility for changes to come in to force next year if it is felt things can be improved.

Asked by Motorsport.com about whether or not the interpretation of the rejoining the track rules had changed after Canada, Masi said: “We treat them [the rules] exactly the same.

“My view is we have got a rule book there, and the rule book is the one we have got for the entire 2019 season. I don’t think it would be wise in any sport to change anything mid year.

“But is it something that you can look at, like with any rule book? Absolutely. I think we are always constantly evolving with everything.”

Under the terms of the FIA’s statutes, any change to F1’s sporting regulations for 2020 will now need unanimous support from teams at this stage.

Tweaks to the International Sporting Code could also be quite hard to achieve, because they need to cover all sanctioned motor racing events so cannot be too specific to F1.

Masi added: “I think if all the teams agree with it, it is no different to any other set of regulations. But there is also the ISC that has provisions in it that are also used from a code of driving conduct side. That has its own process which isn’t just F1 specific, it is for the entire sport.

“But it is something that we will look at collectively and jointly.”

Masi said it was likely that the matter would be brought up at a future meeting of F1’s sporting working group.