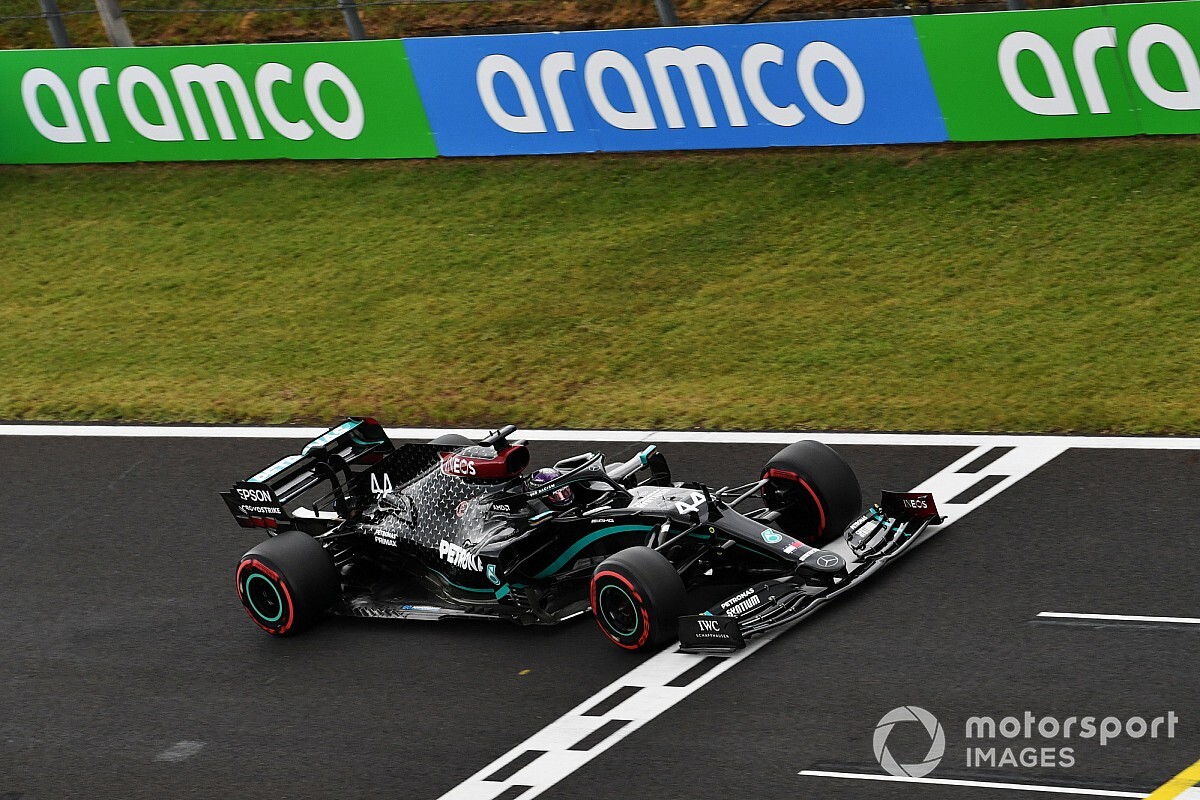 The Mercedes Formula 1 team was unable to calm Lewis Hamilton’s pre-race fears about his engine stalling in Hungary due to the same radio traffic restrictions that led to Haas drivers being penalised, trackside engineering director Andrew Shovlin has revealed.

When Hamilton completed his formation lap and arrived on pole position he told the team “the engine keeps sounding like it’s going to stall.”

The pit wall knew that he wouldn’t have an issue, and thus could just concentrate on the start. However the restrictions on “coaching” on the formation lap meant that they couldn’t tell him.

The same rule, based on a 2017 technical directive relating to drivers driving the car alone and unaided, led to both Haas drivers receiving 10-second penalties, because their engineers told them to pit for dry tyres on the formation lap.

It also prevented AlphaTauri’s Daniil Kvyat – who wanted to pit for slicks – from being able to discuss the strategy with his team.

“Lewis reported a problem on the formation lap where he said he thought the engine was going to stall,” Shovlin said in a Mercedes video.

“What it actually was was a sensor issue that was only affecting the engine around the idle control, so when he was sat there, waiting to go off on the formation lap.

“Now It wasn't a problem, it wasn't going to stall and there is a protection that will actually stop the engine from stalling anyway, if you were in that situation, but we couldn't tell him it was okay.

“And that's because of the rules that prevent you talking to the driver during that entire formation lap. So we knew it was fine, but he had to sort of worry a bit until he got off the line.”

Although Hamilton was potentially distracted by the problem, it was teammate Valtteri Bottas who got away badly after edging forward before the lights went out.

The Finn said he was caught out by a light on his dash, and Shovlin explained that was a consequence of how race starts are practised.

“His issue was actually that he reacted to one of the lights on his dash that flickered,” said Shovlin. “And that's because he practises starts using his steering wheel over the weekends.

“And to simulate the lights going out for the start grid, the lights on the dash on the steering wheel go out. And that was why he sort of reacted to it, it distracted him.

“Luckily, he was able to pull the clutch and avoid a jumped start. Now there's an automatic system that will detect where the car is and when it's left the grid box, and the car can sit within a reasonably wide position on that grid box without detecting it.

“What it did do though was cost him an awful lot of places, because resetting and getting ready to go meant that everyone else was off and around him by the time he was getting up to speed.”