Kimi Raikkonen asked Alfa Romeo to "cancel everything" planned to celebrate his milestone 300th grand prix weekend in Monaco this week because he takes "zero pleasure" from such numbers. 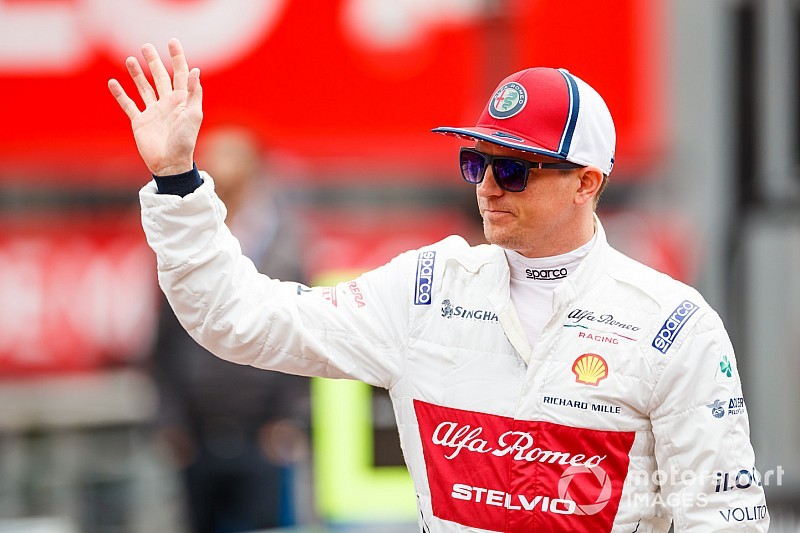 Raikkonen is the most experienced driver on the F1 grid with 296 starts and 299 grand prix weekend participations to his name, which has triggered 300th GP celebrations for the 2007 world champion in Monaco. If he completes the 2019 and 2020 seasons, Raikkonen will hold the record for most number of grand prix starts.

But asked if he cares about taking Rubens Barrichello's record, Raikkonen said: "No, absolutely not. I am not here to say I have the most grand prix. It gives me zero pleasure.

"I have already told the team it's purely a number. I tried to force them to cancel everything but [to] not very good success!"

The reason for the discrepancy between Raikkonen's number of GP weekends and number of starts is he did not take the start of the 2001 Belgian GP, the infamous 2005 United States GP and 2017 Malaysian GP.

Asked by Motorsport.com if he feels proud to still be in F1 18 years after his debut, Raikkonen said: "It doesn't feel that long honestly, after two years out [to take part in the World Rally Championship].

"To be sure without that I wouldn't be here today. Somehow maybe that made it not feel as long having a bit more of a normal time [in F1]. I think afterwards, whenever I stop and look back, then maybe it makes a bit more sense and feels different.

"But for now it doesn't really feel that it's been that long. It's just racing."

After losing his Ferrari seat for 2019, Raikkonen signed a two-year deal to return to Sauber (now Alfa).

That takes him to the end of the current F1 rules cycle, but he says he has not thought about whether he wants to stick around for the championship's major 2021 rules overhaul.

"I have no idea," he said. "I have a contract for next year, but after that who knows. We will have to see how things go and if I am interested."

Asked if the nature of the 2021 rules would affect his decision, Raikkonen said: "No, because in the end when you make a big rule change you never know.

"Generally the big teams are still there because they had the resources to try lots of different things and figure out the best way to do it. It would be nicer if everyone got a lot closer, for the sport and the drivers, because it is very unknown."

Ferrari has to sort car "very soon" to prevent 2020 problems