Raikkonen: I might as well be last if I’m 11th 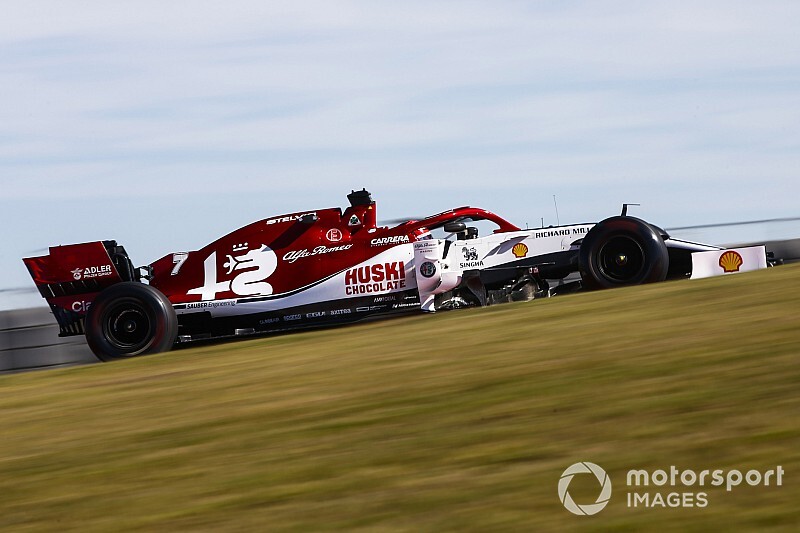 Alfa Romeo’s Kimi Raikkonen says he "might as well have finished last" in the United States Grand Prix after just missing out on scoring a point in 11th place.

The 2007 world champion has not finished in the top 10 since the Hungarian Grand Prix before the summer break, and although he was able to briefly appear in the lower reaches of the top 10 at Austin he again came away without scoring.

Raikkonen said: “If you take many previous races for sure I was strongest for a long time, but obviously when you finish 11th you get absolutely nothing, so you might as well be last. It makes no difference, so that’s why it’s disappointing.

"Sure, there were a lot of positives, but the end result is still the same.

“I had quite an ok first lap but didn’t have the speed to stay in the position. I managed to pass [Kevin] Magnussen but it just feels like we’re lacking general speed a bit so we have to use the tyres more than others to hold onto them.

“And then obviously we run out of tyres a bit earlier. And then it multiplies during the race and it costs us a bit. But we’re just lacking a little speed generally.

"We were at least in a fight today, but it’s still a bit disappointing to finish 11th.”

Raikkonen’s teammate Antonio Giovinazzi, who finished 14th after starting 16th at Austin, said the Alfa is “just missing grip”, adding “after that it is really difficult to drive”.

“We were on different strategies with Kimi trying to finalise something,” said Giovinazzi. “But I think from my side, on mediums it was really difficult, on hards as well on the second stint. It was a little bit better on soft, but still too slow to be honest.

“We are still struggling on race pace. We tried to do something, but it's still not enough. [We will] try to do something next, and try to make it better for Brazil.”