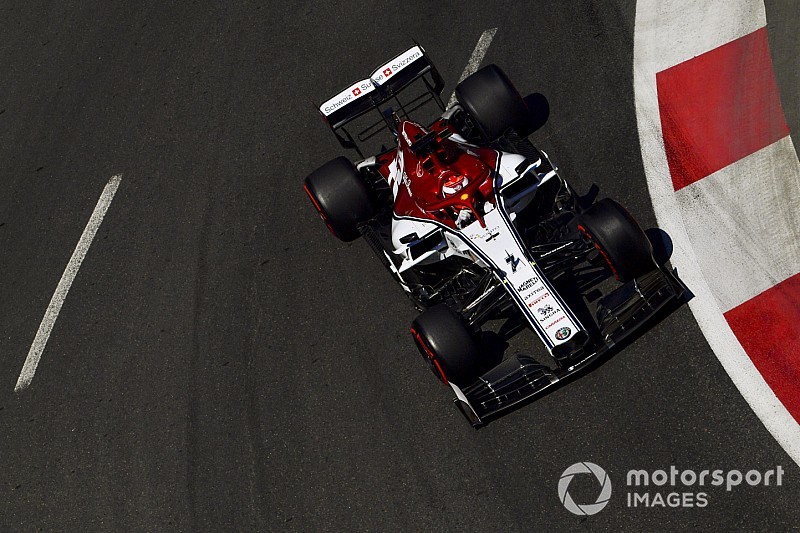 Alfa Romeo Formula 1 driver Kimi Raikkonen will need to start the Azerbaijan Grand Prix from the pitlane after being excluded from qualifying because of a front wing problem.

Raikkonen was meant to start the Baku race in eighth place after his third Q3 appearance in four races with his new team.

However, on Sunday morning he was disqualified from the results of Saturday's session because his front wing failed a deflection test.

The FIA stewards reported that Raikkonen's front wing "deflected more than 5mm under a load of 60N".

F1's technical regulations state that under such a load, "any part of the trailing edge of any front wing flap may deflect no more than 5mm, when measured along the loading axis".

Raikkonen will have to start from the pitlane because Alfa has changed the specification of the front wing flap adjuster hook on both sides.

He will join Robert Kubica and Pierre Gasly in starting from the pitlane.

Williams has made set-up changes on Kubica's car after his crash in Q1, and as the Pole set a time before that he will be first in the pitlane queue.

Gasly has had three problems that would each have condemned to a pitlane start.

He did not stop for the weighbridge in Friday practice, then was disqualified from qualifying for exceeding F1's fuel-flow limit, and finally Red Bull and Honda have made a minor change to his engine settings under parc ferme conditions to prevent a repeat of that rules breach in the race.

Russell had "horrific" week leading up to Baku