Raikkonen: Leclerc will thrive if he avoids Ferrari "hassle" 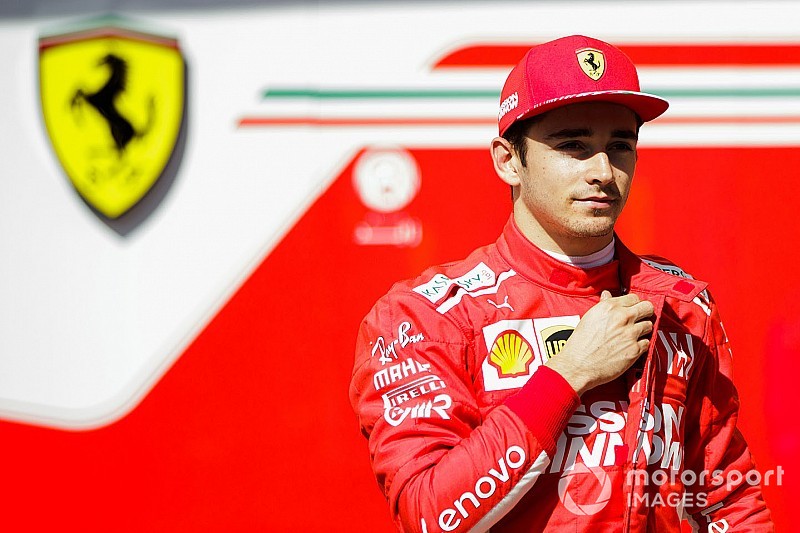 Kimi Raikkonen reckons Charles Leclerc can thrive at Ferrari if he focuses on driving and doesn’t get distracted by the extra "hassle" that surrounds the Italian Formula 1 outfit.

The Finn has effectively swapped places with Leclerc this year, after signing a multi-year deal to race at the Sauber team that has since been rebranded as Alfa Romeo.

Speaking to Motorsport.com, Raikkonen said that life as a Ferrari driver is much easier if you do not get involved in some of the aspects at Maranello.

“He [Leclerc] knows the team, because he's been with Ferrari for quite a few years now, so you know, it's not like he is going in a new place,” explained Raikkonen. “And he has experience from F1.

“You know, it is a special place to be. It's a bit of hassle at certain times, but that’s how it’s always been, and it’s easier [for him] not to get involved in too many things and just do what he is hired to do.”

Asked whether he suggested that Leclerc do as Raikkonen himself did, the Finn said: “Often we are used to things being done [in a certain way], but in Ferrari sometimes it is a bit [different].

“If that doesn't disturb you, it’s good. Don't get involved and then just do what they ask you. I don't...

“And because he knows the people, you know, he worked with them, so it should be quite easy and smooth.”

Raikkonen also said he only found out about the departure of his former Ferrari boss Maurizio Arrivabene through a friend.

“I think I read it the same like everybody else,” he said. “Or actually I didn't read. My mom's boyfriend asked me "did you see?" I said "no" because we were in Finland, and not interested to see any news.

“I had no idea. And now I have no idea [about] reasons and [it's] not my business to know either and to get involved.”

Speaking about his own prospects for the 2019 season, Raikkonen said that the key for him was to simply enjoy the racing at Alfa Romeo.

“I think for sure here is more relaxed,” he said. “It’s more about racing, and less about politics and bullshit. Generally that’s easier for everybody, you know. I think that’s what everybody prefers, for sure.”

Hamilton: “First date” with new Mercedes W10 “one of the best”

The F1 2019 rivalry nobody is talking about