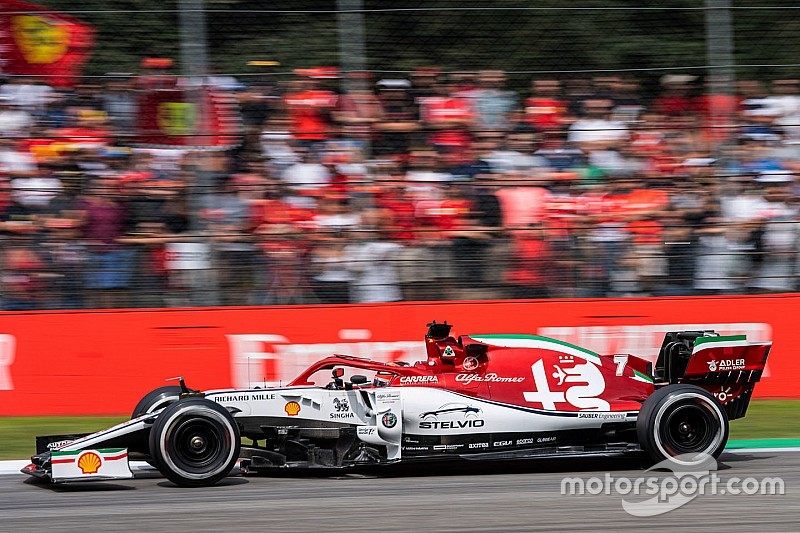 Kimi Raikkonen will start the Italian Grand Prix from the pitlane after his Alfa Romeo team opted to fit a new Spec 3 engine ahead of the race.

The Finn crashed in the early stages of Q3 at Monza, badly damaging the rear of his car and forcing the team to fit a new gearbox.

The penalty for that, which dropped Raikkonen in to the bottom half of the field, was enough for Alfa Romeo to decide it should use the opportunity to fit the latest Ferrari power unit.

As this is a change of specification, because Raikkonen had been using Ferrari's Spec 2 engine so far this weekend, it means he will have to start from the pitlane.

Racing Point's Sergio Perez will also be starting the race with a fresh engine, but this is the same Phase 2 version he has used so far.

It means he will drop to the back row of the grid, ahead of Red Bull's Max Verstappen, who failed to officially qualifying but is allowed to start the race from the final spot.

Wilson “Barão” Fittipaldi: The Baron passed away at the age of 92