The outright dominance of Mercedes' Formula 1 cars in recent seasons has made it difficult to bet against when it comes to taking grand prix victories, but there was a time when it wasn't so straightforward and we had more 'random' winners.

Across the ages, constructors have produced cars that proved to be disappointing title challengers, or were minnow teams that were never expected to challenge for victory, yet they have still managed to steal a surprise win – whether through good luck or circumstance.

None more so than the 2003 Brazilian Grand Prix, which was won by Jordan's Giancarlo Fisichella. The crash-filled wet race was so chaotic that the winning car caught fire in parc ferme, and Fisi didn't receive his winner's trophy until weeks later at Imola!

Before we get to the Jordan EJ13, in our video above we count down what we consider to be the top 10 worst F1 cars ever to have won a grand prix, from Sebastian Vettel's 2008 first taste of victory in the STR03 to Jim Clark's heroics in the Lotus 43 and a variety in between that spans F1's rich history. 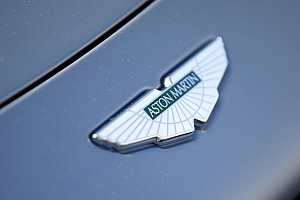