Renault's push to increase its works Formula 1 team's headcount by 50 per cent since rejoining the grid hurt its efficiency and "bang-for-buck" while developing its 2018 challenger. 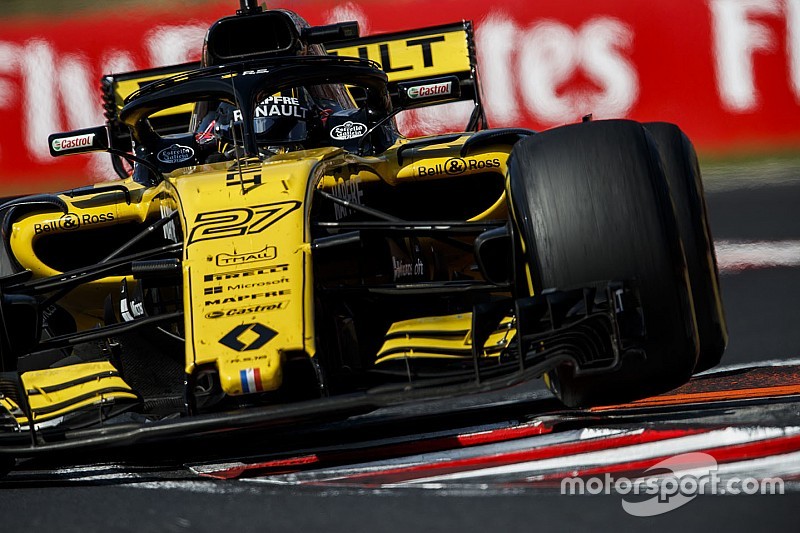 Since reclaiming 'Team Enstone' from Lotus ahead of the 2016 season, Renault has been on an aggressive recruitment drive that will have boosted a staff of 470 to 700 by the end of this year.

That push, which has come alongside upgrading the Enstone base's facilities, has posed a significant challenge in integrating staff and impacted the efficiency of the operation.

Renault F1 boss Cyril Abiteboul told Motorsport.com: "It's a challenge because we are not talking about a couple of heads, we are talking about hundreds of heads.

"You can tactically recruit one or two people but when you are talking about dozens of people it doesn't work the same way and you need to have good integration.

"We had a very low efficiency this season, if we look at the sort of bang-for-buck and how we are controlling the car build, the way that, unfortunately, we have overspent on car build.

"All of that is relative to the way that we have increased. So, rather than chasing huge numbers in terms of headcount, we now need to think about how to work better between the different departments, and alleviating the bottleneck we have in the organisations."

Renault has been doubling the size of its composites facility at Enstone over the summer break, an expansion that will alleviate a delay in producing parts.

This will allow it to better utilise the quality of its facilities, including a windtunnel based at the factory.

Renault has still enacted significant staffing changes this year, most notably the move of Marcin Budkowski from the FIA to Renault's executive director.

Former chief technical officer Bob Bell has also moved into to a part-time advisory role and will not be replaced.

Abiteboul sees the team growing further after 2018, at a reduced rate.

"We will be going further than that [the 700 headcount target] because we think we have to," said Abiteboul.

"But we don't want to go crazy, because I think we are reaching a point where the market does not have many more good candidates to offer.

"We have to think about the quality of the people who are available there."

Alonso: Lack of track action prompted me to quit F1