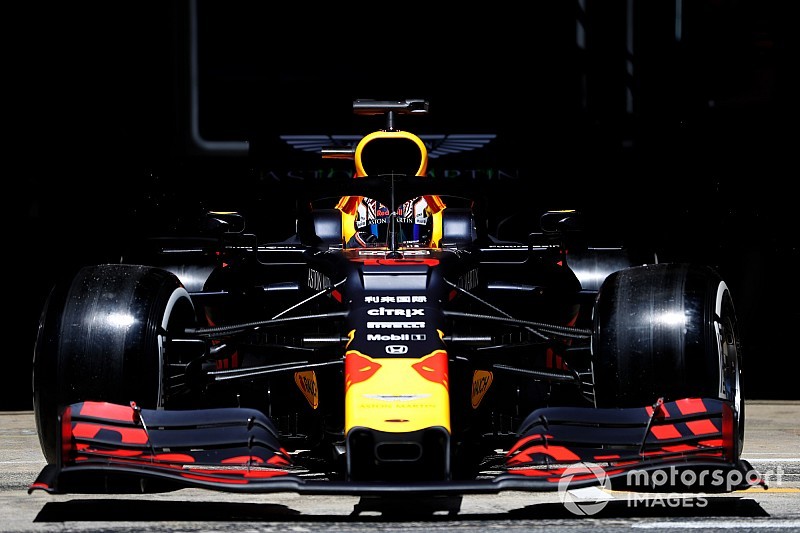 Red Bull thinks its early 2019 performance has been hit by a double whammy of an aero rule overhaul and a change to tyres.

Although the Milton Keynes-based team is now making good progress with its car, and Max Verstappen is Mercedes’ closest challenger in the world championship, it has faced some struggles in getting on top of its RB15.

Horner thinks its situation was not helped by the thinner-tread tyres and the revamp to the front wing rules that was introduced to boost overtaking.

“It is probably a combination of the two,” he explained about the factors that have held Red Bull back so far.

“Obviously there’s 25% less rubber on these tyres and they’re stiffer, and we were very good on the tyre at the end of last year.

“I also think the concept of aerodynamics that we’ve evolved over the last few years was obviously very sensitive to the front wings, so we’re just having to rebalance that and refocus that.”

Horner thinks the key now is steady progress with both the Red Bull chassis and the Honda engine to keep pushing further forwards.

“It’s all about evolution and I think Honda are making good progress,” he said. “Their reliability compared to previous years has been fantastic. Performance is strong. But the others don’t stand still either.

Asked if he felt that just five races in the title battle was over though, Horner said: “I think it’s very much a Mercedes championship. You can see that after five races that they’re three points off of maximum score. It’s still a long year and we take things race by race."

But while not dreaming of closing down on Mercedes, Horner has no doubts that at some point the German car manufacturer will be overhauled.

“Anybody can be beaten,” he said. “Formula 1 is all about teamwork, it’s about the biggest teams in the world.

“Mercedes, at the moment, are on the crest of a wave but that never lasts forever. Our job is to ensure we have all the tools and capabilities to take that challenge to them in the coming years.”