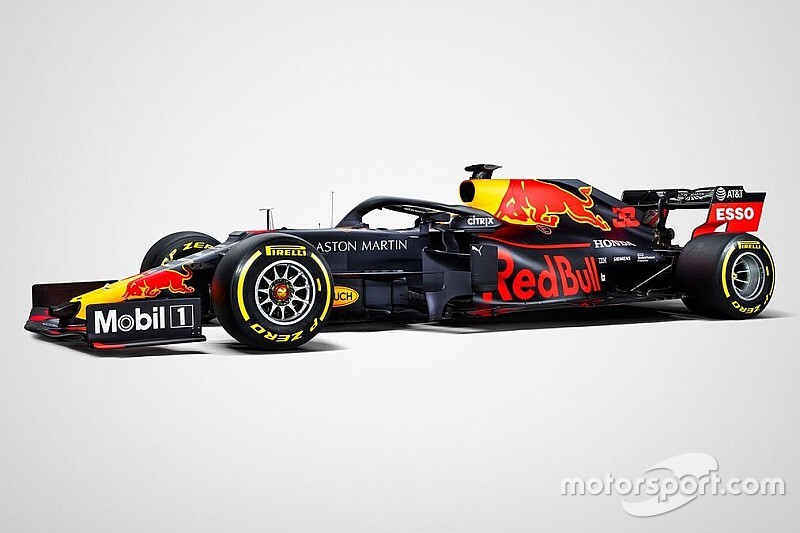 Red Bull has revealed its 2019 Formula 1 car in its usual colours following the RB15’s launch in a one-off livery last week.

The team had unveiled its first Honda-powered F1 car in a new colour scheme with a lot of red and a different pattern.

However, the four-time constructors' championship-winning team was always expected to return to its usual matte blue, red and yellow livery.

Unveiling the RB15 in its official 2019 livery, Red Bull said the colours are “part of our identity and our heritage”.

Its chief partner branding appears in the same place as its launch livery.

Honda replaces the Tag Heuer logos where the engine cover meets the back of the sidepods.

Tag Heuer continues to support Red Bull despite the changed engine deal though, and has a prominent logo in front of the cockpit.

Aston Martin logos remain on the nose cone, outside of the cockpit and rear wing.