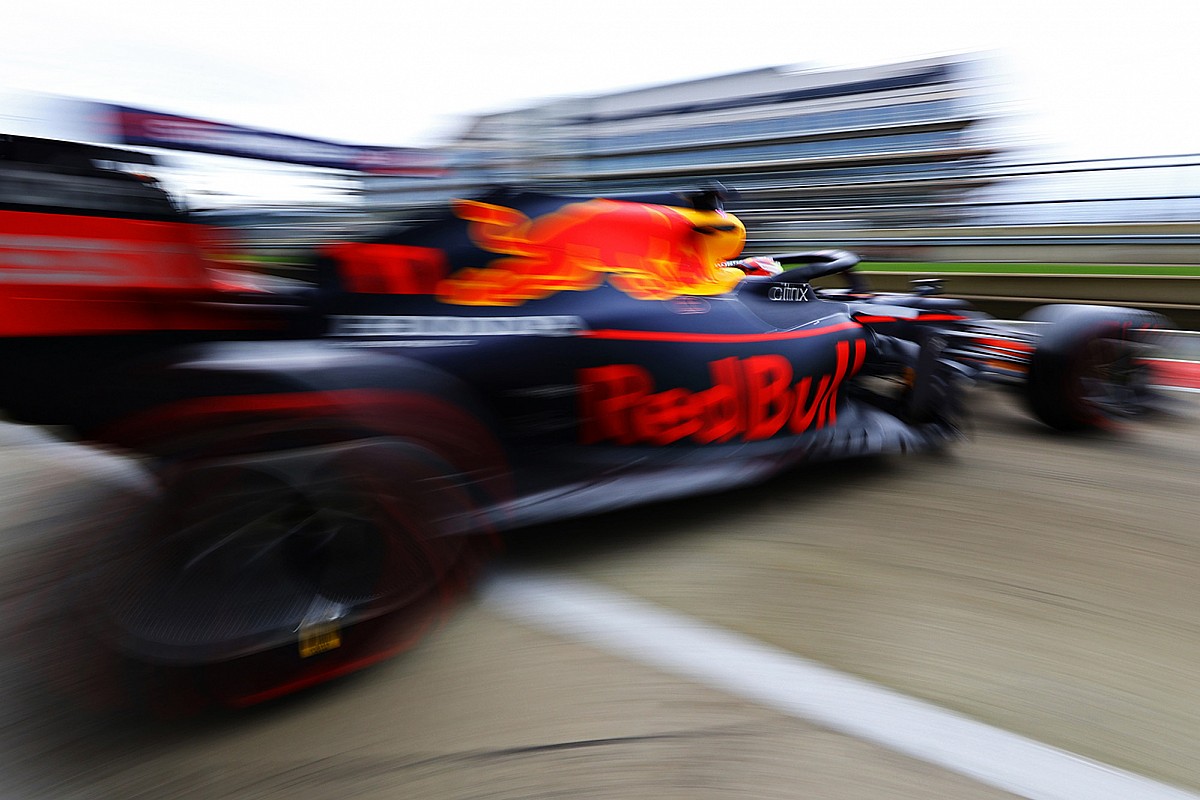 Horner’s squad won twice last season – it’s lowest total since 2016, despite Ferrari dropping out of the battle at the front – as it had to address an inherent aerodynamic imbalance on the RB16, while the performance level of the Mercedes W11 gave the Brackley-based outfit an initial gap the rest of the pack that harked back to the early years of the turbo hybrid era.

Red Bull did close the gap to Mercedes over the course of 2020, winning the 70th Anniversary Grand Prix with an aggressive tyre strategy and the Abu Dhabi finale from pole.

The two teams also took different approaches to car development over the season, with the carryover design requirements between 2020-2021 in mind, as Red Bull opted for a route of continuous upgrades, while Mercedes stopped updating after last August’s Spa race.

While Horner reckons Mercedes remains the clear favourite going into the 2021 season, he believes the decision to continuing adding performance throughout the second half of 2020 will pay off the Red Bull.

“We've seen one team be totally dominant for the last seven years,” he told Motorsport.com in an exclusive interview.

“And with continuity going into this year of largely car and drivers [being the same], on the Mercedes side, you would expect them to be in a very strong position again.

“But I hope by using the lessons that we've learned from 2020, we can put a more sustained challenge to Mercedes, who will undoubtedly be incredibly strong and very much the favourites this year - particularly off the back of a car, which was arguably their best car of the hybrid era.

“That's going to be quite a challenge for us. But one that we're relishing.”

Horner also reckons Mercedes will draw motivation from its defeat in Abu Dhabi, where Max Verstappen followed up his Silverstone win with victory ahead of Valtteri Bottas and Lewis Hamilton.

“Mercedes are a very rounded team, and they've been solid for a long time now - and all credit to them for the records that they've broken with seven successive championships,” said Horner.

“But I think we have been the most consistent challenger over the past seven years. We've managed to win races in six of those seven years.

“And it's important for us to keep trying to be better in every area.

“Mercedes is quite a machine, but we've demonstrated that you can beat them - by working hard, by applying yourself to the task in hand.

“I think that they will be tremendously motivated because of that last race in Abu Dhabi and I expect that Toto has used that, and James Allison [too], to come up with an even more competitive car for this year.

“So, we don't in any way underestimate the might of Mercedes. But we've always been a been a challenger.

“Mercedes are the clear favourites with seven consecutive titles but we are excited about the challenge this season and won't give up in our hunt for a fifth title.”

What Alfa Romeo's token spend says about its 2021 mindset