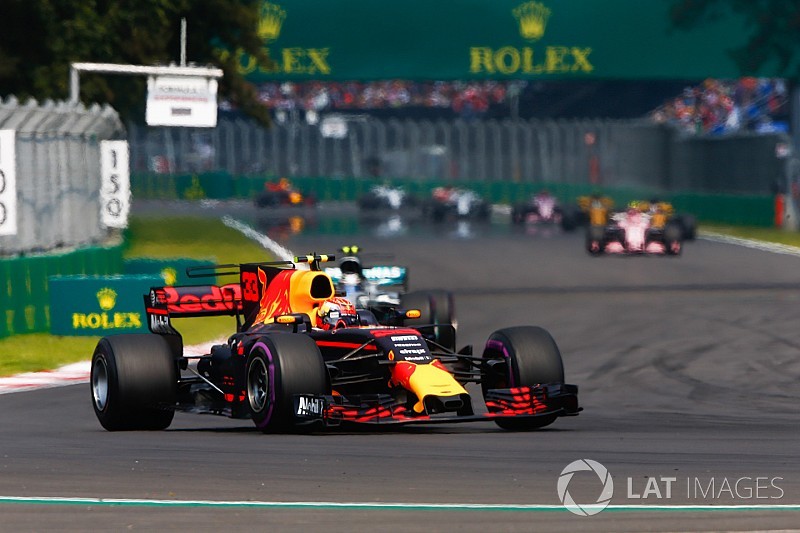 Red Bull thinks a more level playing field with engine power in Mexico – thanks to the impact of the less dense air at high altitude – was key in allowing it to deliver its most dominant Formula 1 victory in years.

Max Verstappen produced a stunning weekend – narrowly missing out on pole position before snatching the lead from Sebastian Vettel at Turn 1 and charging on to a straightforward win.

Red Bull knows it has an aerodynamically efficient car but in Mexico is was not as hampered in the power stakes because the spread between the different engines was narrowed by the air density.

Team boss Christian Horner said: “I think what happens here is that the engine plays less of a role. It is the most competitive we have looked in straightline speed all season.

“We got pretty close to pole position and then our qualifying [engine] mode is the same as our race modes, so we therefore look very competitive in race trim.

"This altitude, as we have seen in the last couple of seasons, has been a bit of a leveller on that front.”

Although Verstappen’s main rivals for victory – Vettel and Lewis Hamilton – were effectively out of contention after their first-lap clash, Horner thinks that neither would have been able to overhaul the Dutchman.

“Bearing in mind we lapped Lewis and were closing in on Sebastian. I think the pace, and the amount of pace that we would [get] out of the car, I have no doubt that we were in really good shape,” said Horner.

The biggest frustration for Red Bull was that it missed out on the opportunity to have two cars on the podium, with Daniel Ricciardo well set for a top-three challenge before an MGU-H problem put him out.

“I think Daniel could have been at least third,” said Horner. “He was right behind Kimi and looking in great shape, and I think he would actually have given [Valtteri] Bottas a hard time.

“It was a shame that we didn’t have both cars [on the podium]. But Daniel had a run of great fortune earlier in the year and, as I have always said, it unfortunately always tends to balance itself out.”