Red Bull aims to firm up 2020 line-up after Mexico 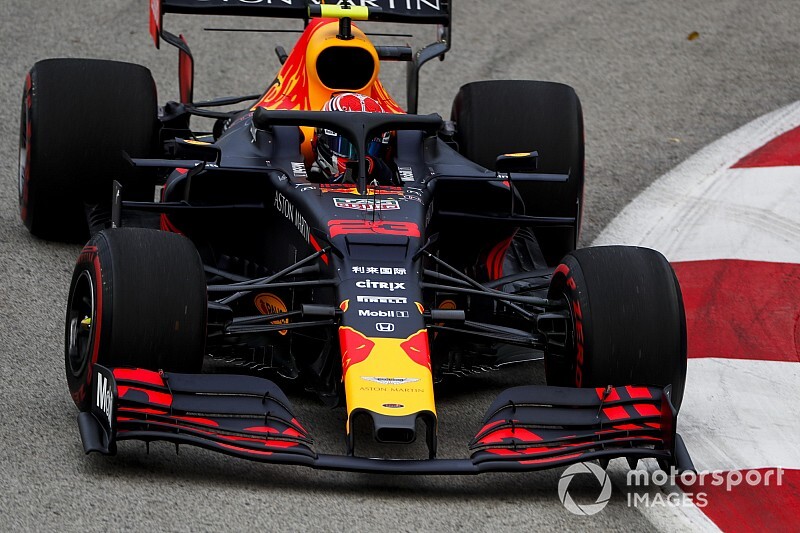 Red Bull expects to finalise its 2020 driver line-up after the Mexican Grand Prix, with the team admitting Alex Albon’s performances have put him in pole position to stay alongside Max Verstappen.

Albon replaced Pierre Gasly from the Belgian Grand Prix with a view to the team using the second half of the season to evaluate if he had what it takes to secure a seat for next year.

And with Albon having scored in his first two outings with the team, Red Bull motorsport advisor Helmut Marko has suggested that the Thai driver is the leading contender.

Asked by Motorsport.com if Albon was on pole position for the second Red Bull seat, Marko said: “We said we want to wait a little bit. But, from what we have seen so far, yes.”

Pushed on the timing of the decision, and whether the team would wait until after the final race to decide, Marko said: “No. I think after Mexico we know what we're going to do.”

Marko thinks that Red Bull needs to find as strong a teammate as it can for Verstappen, because he thinks the Dutchman excels when he is pushed a little bit harder.

“I think he needs a teammate who is very near to him and I think we found it in Albon,” added Marko. “So far he's doing well and he's steadily improving.

“Don't forget had never been here before and he's by far the quickest of the rookies on this circuit [Singapore]. But for the team you need a strong teammate as well, for the championship.”