Red Bull proved it had the best 2018 chassis - Horner

Red Bull Formula 1 boss Christian Horner believes his team had the best chassis in 2018, and he says that was demonstrated at races where outright power was less significant.

Red Bull scored four grand prix victories this year, and for the first time in the hybrid era the Milton Keynes-based team earned a pole position at a track other than Monaco, when Daniel Ricciardo took the top spot in Mexico.

“I think RB14 has been a very strong car,” Horner told Motorsport.com. “I think arguably it’s been the strongest chassis of the season.

"If you were to equalise the power between the top three teams I think you’d see that RBR14 has been an extremely good race car.

“Look at whenever the power unit hasn’t been a factor, or as predominant a factor – we won in Monaco even with an MGU-K failure, we were second in Singapore, we won in Mexico again when altitude played a key role. Those races we’ve been particularly strong in.

“Obviously we tend to run lower downforce levels to try and create the same top speeds, and as soon as you try to trim wing to do that you introduce other compromises into the handling of the car.

"But when we’ve able to run full spec – we should have had a front row lock-out in Monaco, and we had one in Mexico.”

Horner admitted that unreliability was the biggest source of frustration for the team in 2018, with Ricciardo retiring eight times in 21 starts.

“I think it’s been a bittersweet season in many respects," he added. "The victories have been extremely sweet, winning in China, in Monaco, winning our home Grand Prix in Austria, and of course Mexico. They’ve been the undoubted high points.

“I think the low points have been the amount of times that the car hasn’t made it to the finish, the amount of technical issues that we’ve had to endure, and having to try and counter for deficiencies in outright power. That’s been the bitter part of it.

"Generally on a Sunday we’ve had a very strong race car, and the drivers, when they’ve been able to, have raced extremely strongly.” 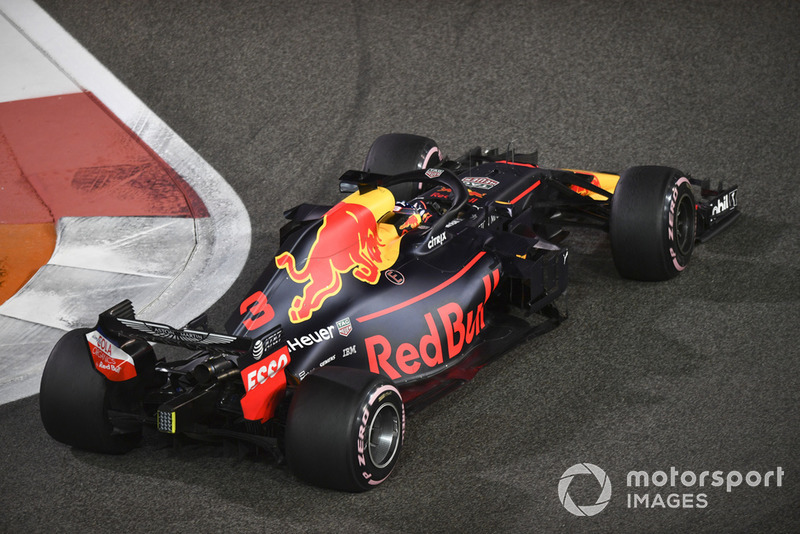