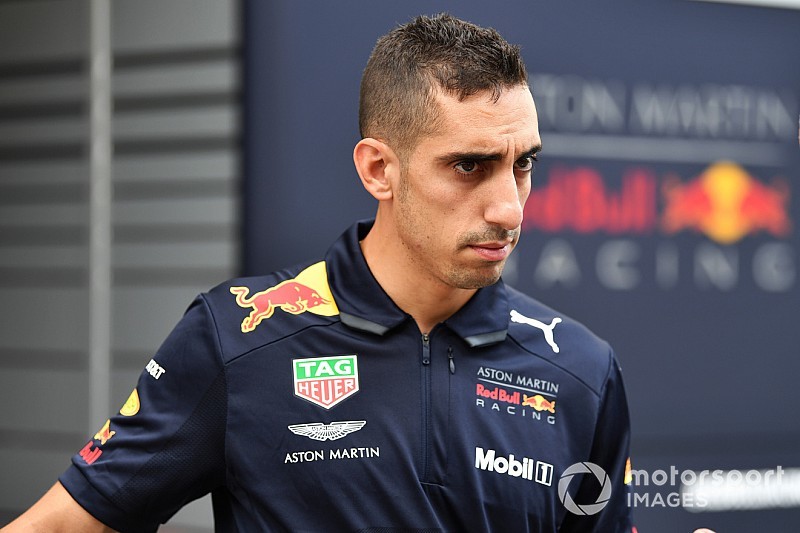 Red Bull boss Christian Horner does not expect Sebastien Buemi to return to racing in Formula 1 despite the reserve driver appearing to be a strong candidate for Toro Rosso.

Buemi raced for Toro Rosso from 2009 to 2011 and is now reserve driver for both Red Bull teams in addition to his racing roles in the World Endurance Championship and Formula E.

The 29-year-old has won both of those championships, as well as this year's Le Mans 24 Hours, and was in the frame for a return to F1 last year before Red Bull picked Brendon Hartley.

Toro Rosso is currently short on options for next year because Red Bull will promoted Pierre Gasly to the senior team, Hartley's future is uncertain and there are no eligible drivers in Red Bull's junior programme.

"He's an important part of the team," Horner told Sky Sports F1. "A few other teams have been circling around, interested in the role he's been doing.

"But he's committed to the next three years with the team in the role he's doing. He'll be combining that with his other activities.

"I don't think F1 racing is on his agenda. He has got his Formula E programme, he's got his WEC programme, he does a wonderful job for us in the sim.

"I think that's more than enough for him and he'd have to take a pretty big pay cut to come back into F1."

Buemi was pictured having a seat fit with Toro Rosso at the team's factory before this weekend's Singapore Grand Prix.

However, that has been dismissed as a routine move for the reserve driver, who is attending the flyaway F1 races instead of conducting his usual simulator work at Red Bull.

Buemi admitted he was pretty set on his non-F1 opportunities, contesting the WEC superseason with Toyota and expected to continue in FE with the new Nissan team, although hinted it was not impossible that could change.

"I'm just doing what they ask me to do," Buemi told Sky. "Of course if you're the reserve driver you need a seat in case something happens.

"My programmes in the WEC and Formula E are already lined up. Everything is possible but I'm focused on my job here as reserve, and we'll see."

With Buemi apparently not in contention for a Toro Rosso drive next season, Red Bull is looking outside its current roster for drivers.

Ferrari development driver Daniil Kvyat is one of the favourites and could be drafted back in by Red Bull after it dropped him one year ago.

Horner said Mercedes could find them seats by investing more money, or "might have to cut them free".

He added: "It would be a shame to see them not get an F1 seat because of who they are contracted to."