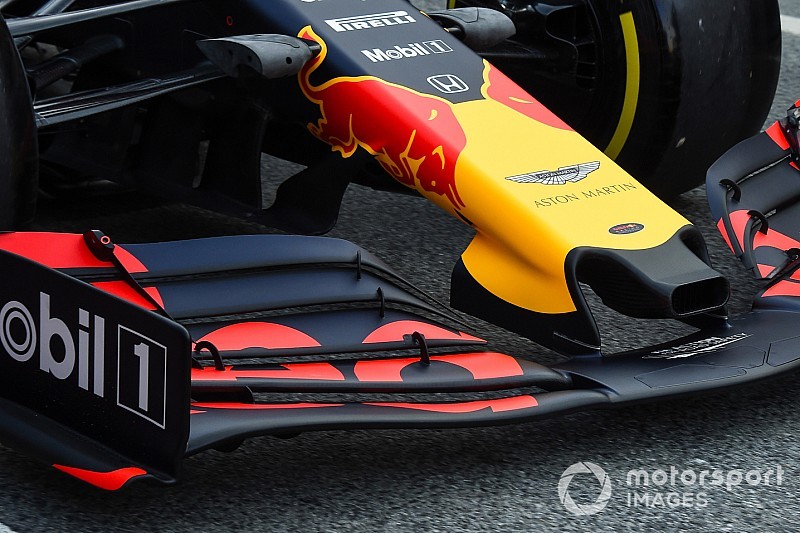 Red Bull is confident that it has not missed a trick with its front wing design this year, despite the radical solutions adopted by Ferrari and Alfa Romeo.

Formula 1 teams have had to work on all-new front wings this year thanks to an overhaul of the aero rules aimed at trying to help overtaking.

The simplified and wider front wings have led to a split among the teams about how best to recover lost downforce.

While teams like Red Bull and Mercedes have opted for more traditional wing elements, Ferrari and Alfa Romeo have done something different with the outer edges of the wing flaps curling down near the endplates to try to direct air around the front tyre.

Should that solution prove to be better, then it could force rival outfits to change their concepts in a bid to not lose out on performance.

Red Bull boss Christian Horner sees no reason for his team to be concerned about the situation, as he has faith that the front wing design it has adopted is better suited to its overall car concept.

Asked if he was worried by what the other teams had done with their wings, Horner said: "Worried is probably a bit extreme.

Horner did concede that with the front wing being such an influential part for overall car performance, any major change to its concept could have wider consequences.

Asked if it would be possible to change front wing concept during the year, Horner said: "It depends how much you want to change.

"Of course everything acts in coordination with everything else. It is not just a matter of looking at a flap and saying we want to change the shape of that, because obviously that has an effect throughout the rest of the car.

"We are happy with the concept that we have chosen and we will see how that evolves and develops during the course of the season."

Horner said Red Bull had considered many design ideas during the creation of its RB15, and he reckoned that wings of all teams would evolve in 2019.

"We've looked at lots of different scenarios," he said. "Obviously the route that we picked we feel is best to our concept. That's not to say it would work on a Ferrari concept.

"I'm sure it will evolve as the season gets underway. I don't think the cars that you see here, at the front end of the field, will be too similar to what you see in Melbourne." 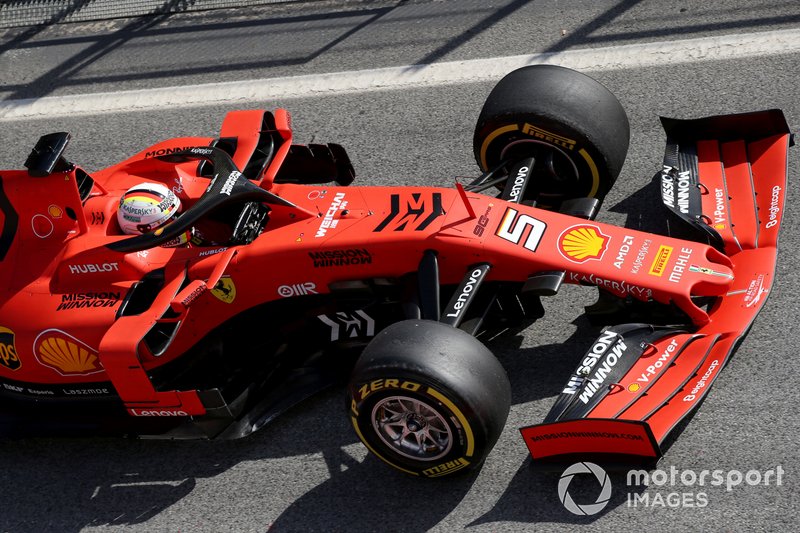