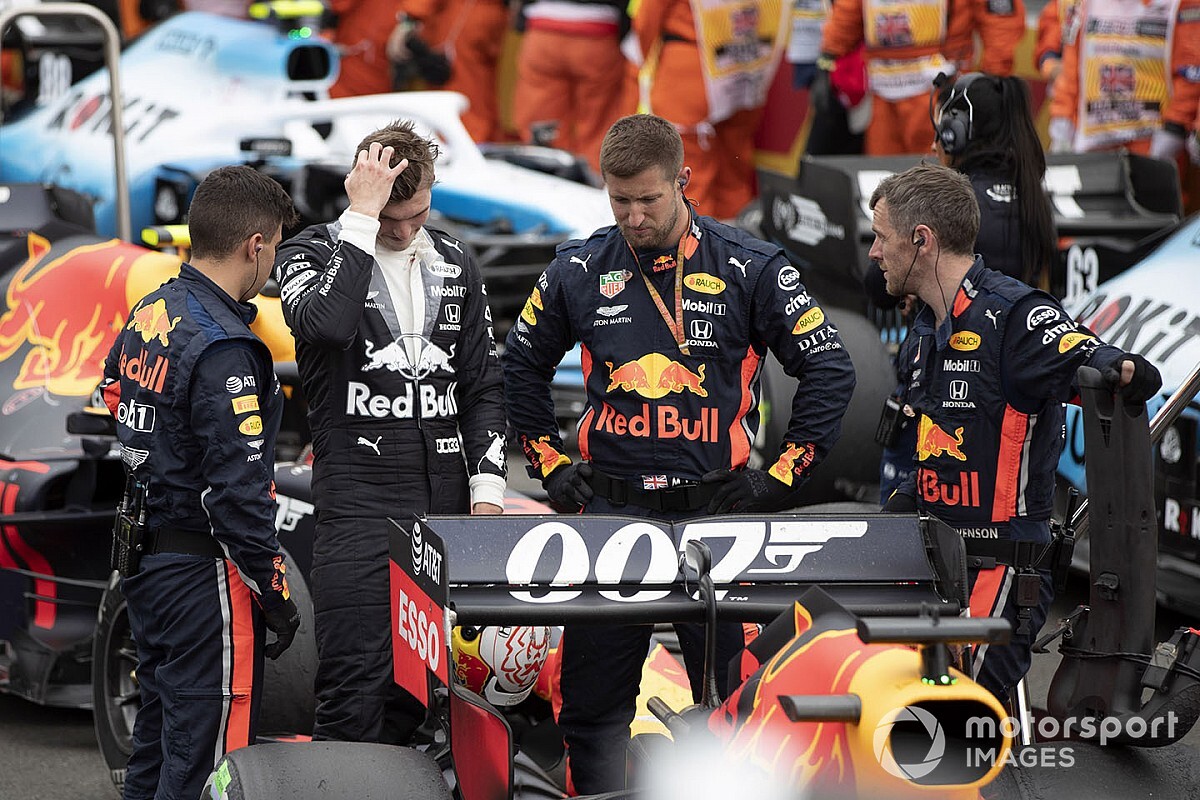 Red Bull has revealed that its pre-race drama on the grid at the British Grand Prix was caused by cracks being discovered in the rear wing endplates of both cars.

With the final preparations under way at Silverstone, Red Bull mechanics were prompted in to a frenzy of activity to replace the rear wing endplates on both Max Verstappen and Pierre Gasly’s cars before the start of the race.

The matter was further complicated by the fact that, with the cars under parc ferme conditions until the start of the race, the team needed to get permission off the FIA to replace the rear wing parts.

Asked by Motorsport.com about what happened on the grid, Red Bull team principal Christian Horner said: “One of the mechanics doing one of the checks found a crack in the rear wing of Max, so we applied to get permission to change it.

“Then, there was an inspection on Pierre’s and we could see the very start of a crack appearing in the same place. So permission to change them both was granted just as a security, and we did that.”

As well as the endplates being replaced for identical specification ones, mechanics were also spotted applying a special glue tape to the wings to ensure the cracks did not return during the race

“The tape wasn’t going to reinforce it, it was more some glue that went on,” Horner said.

Both Verstappen and Gasly were able to finish the race without any problems on their rear wings, although Red Bull will almost certainly look in to why the cracks appeared in the first place.

The high-speed nature of Silverstone means the forces put through the cars there are amongst the highest they experience during the year.

Why Bottas was always doomed to lose to Hamilton