Red Bull-Honda success could be "massive" in Japan - Marko 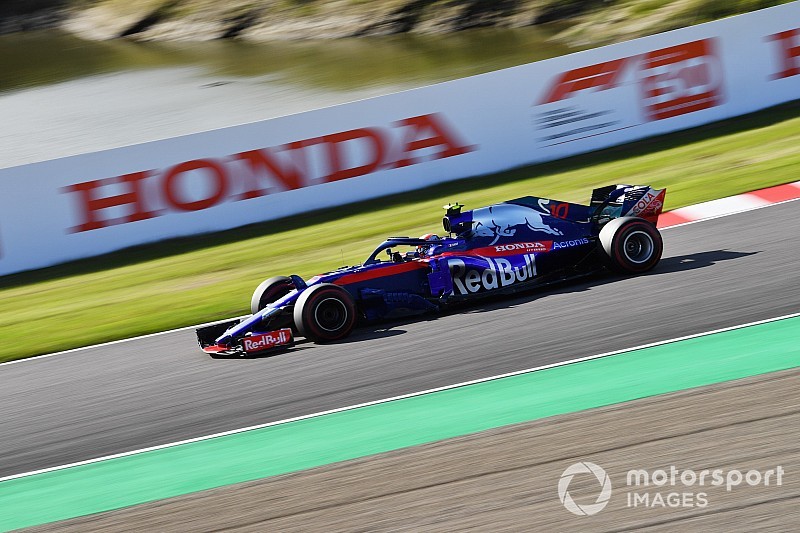 Last weekend, Toro Rosso's livery was much in evidence among local fans, despite the team's relatively low profile this season.

"It's very encouraging," Marko told Motorsport.com. "We got so much welcome in Japan. Can you imagine if we start winning? Being a frontrunner, I think it will be massive.

"We are really looking positive for next year with a different engine. We saw what they can do in qualifying here."

"Certainly over the whole weekend and also in Russia we've been following the progress very clearly," said Horner.

"And it's great to see them making real strides. We're very excited about the progress they're making, and obviously hopeful as we head into 2019.

"You can see the straightline speed with the car isn't good, and that's where we hoping that with the relationship with Honda next year we get more into a level playing field."

Gasly, who moves to Red Bull next year, said it was too early to predict how competitive the package will be.

"It will be different cars so we need to wait and see the package we have," said the Frenchman. "Red Bull always makes really fast cars and the chassis are usually known for that.

"I think with the improvements of Honda, the steps they are making at the moment, we could be in a really good position. We'll see in six months time. A lot of things can happen. I don't want to think too much about it now."

Have your say on this year's F1 Racing awards