© 2021 Motorsport Network. All rights reserved.
TV Buy tickets Store
Previous / Mercedes “under-delivered” in Austria due to compact radiators Next / Why dominance is no bad thing for Formula 1
Formula 1 / Breaking news

Red Bull and Honda were "surprised" to score their first Formula 1 win together in Austria because Mercedes being "almost perfect" meant the season started tougher than expected. 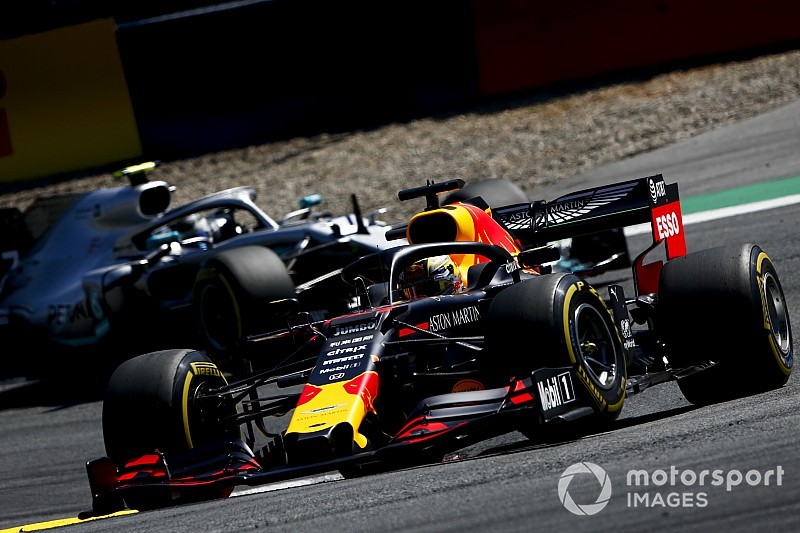 Max Verstappen's victory in Austria, at Red Bull's home race and in front of senior Honda personnel, was a timely triumph as discussions continue over the manufacturer's mid-term commitment to F1.

Red Bull and Honda scored a podium on their first start in Austria but Mercedes 100% win record over the first eight races, including Monaco, restricted the new partnership's success.

Two podiums in eight starts, which would have been three had Verstappen not lost his second place in Monaco to a time penalty, led Honda F1 managing director Masashi Yamamoto to admit that 2019 was "a tougher season than we thought in the beginning".

"We expected a better start to the season," he told Motorsport.com in France, before Verstappen's breakthrough win.

"We didn't really expect this big improvement from the Mercedes side. It was a bit different to our expectations."

However, in Austria, Mercedes was held back by cooling problems, a legacy of a misjudgement in the design of its 2019 car.

Red Bull-Honda, rather than Ferrari, took advantage of that weakness to claim the first non-Mercedes win of the season.

Though both parties had targeted a victory before the summer break, Mercedes' form meant the sudden win was unexpected.

Asked if he was surprised to win before Ferrari, Red Bull team boss Christian Horner said: "If you had said that a few races ago, absolutely.

"Max was the last [non-Mercedes] guy to win a race in Mexico [in 2018], he is the first guy to beat Mercedes this year, which is a phenomenal achievement."

Horner added: "After France, if you had asked me would we turn up in Austria and win here, I would have taken a podium. I would have been grateful for that."

Honda's progress this season, including a second upgrade in France, has closed the gap to Ferrari and Mercedes and allowed Red Bull to challenge for a top-three finish sporadically.

Honda's F1 technical director Toyoharu Tanabe said he did not expect a result "like this" after nine races.

"In the previous races we saw very strong Mercedes cars," said Tanabe. "Sometimes we competed with Ferrari, but [in Austria] we showed the strongest performance. I am a bit surprised."

Mercedes “under-delivered” in Austria due to compact radiators

Why dominance is no bad thing for Formula 1