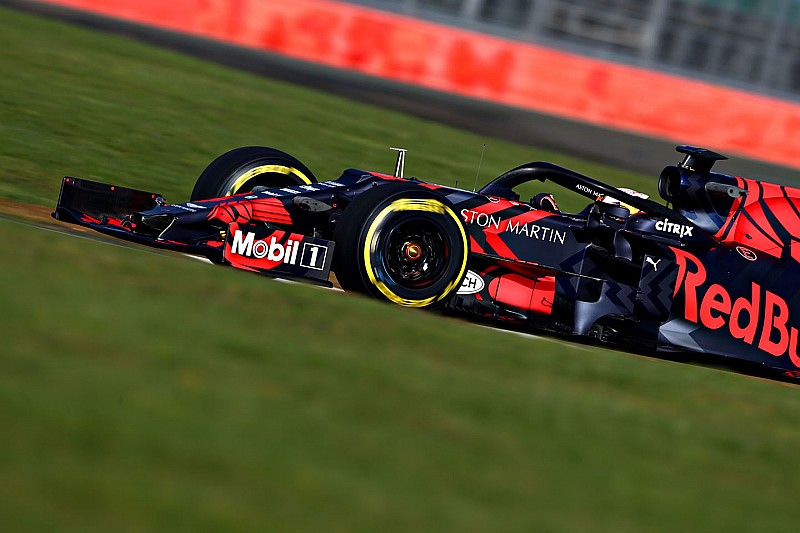 Red Bull revealed its RB15 in a one-off livery on Wednesday and shook the car down at Silverstone on the same day Mercedes did likewise with its 2019 challenger.

Verstappen conducted driving duties for Red Bull, limited to 100km of running and the use of demonstration Pirelli tyres as the team used one of its two allowed promotional days for the year to get its first on-track experience with Honda.

In a short video posted on social media, Verstappen said: "The day's done, the first few kilometres with the car.

"After my first run I was smiling, very happy with how the car was behaving – plus the engine as well, very positive.

"It's a really nice group of people to work with as well."

Red Bull has switched to Honda engines after spending almost its entire history with Renault power, in a bid to get back to championship-challenging form.

Honda's ability to produce an engine that is powerful and reliable enough is considered key to Red Bull's hopes of fighting Mercedes and Ferrari, given the Adrian Newey-led design team's chassis record.

Verstappen said before driving the car on-track for the first time that he wanted to wait until the season opener in Australia before setting expectations.

However, his first run has left him excited to begin testing properly in Spain next week.

"I just can't wait to get started now for Barcelona and start working towards Melbourne," Verstappen added.

"I think it was a very positive day, so I'm very happy about it."