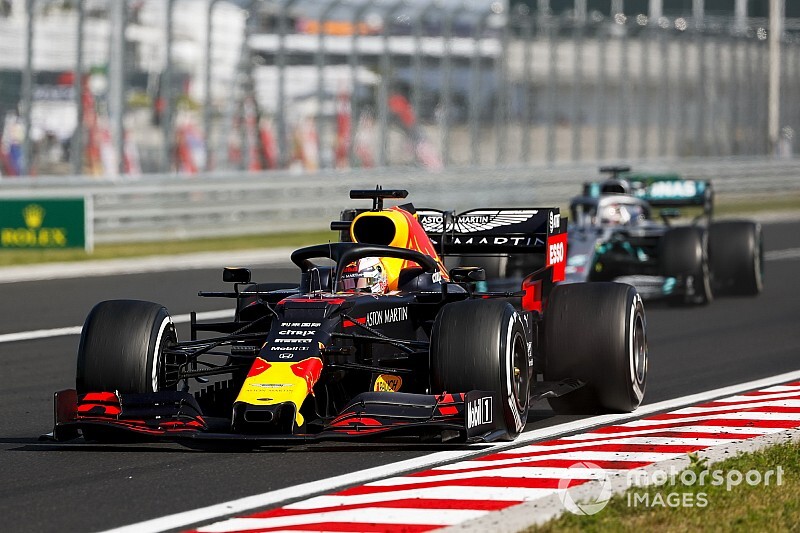 Red Bull said it saw no way of pitting Max Verstappen for a second time without consigning itself to defeat in the Hungarian Grand Prix, but that decision left our technical expert shouting at his TV to try something different.

This was the fourth Formula 1 race in a row where we had action more or less right through the field. From the lights going out until the chequered flag, the podium positions were always in question. But there's been one common denominator in all of those races, and his name is Max Verstappen.

After getting his first pole in 93 tries he made a great start and led pretty much from lap one until lap 67 - only relinquishing the lead during that spell when he stopped six laps earlier than Lewis Hamilton. The unfortunate thing for Verstappen was that the race was 70 laps long. The writing was on the wall for a very close finish from the moment Hamilton pitted on lap 49 for medium tyres, given Verstappen was on old hards. Hamilton and Mercedes had nothing to lose given how far they were ahead of Charles Leclerc at the time, but Hamilton still had to produce the lap times.

Promoted: The unique challenge and history of Monza’s Parabolica