Daniel Ricciardo admits that Red Bull Racing's surge of form in the latter part of the 2018 F1 season was "confusing" as there was no obvious explanation for the improved pace of the RB14. 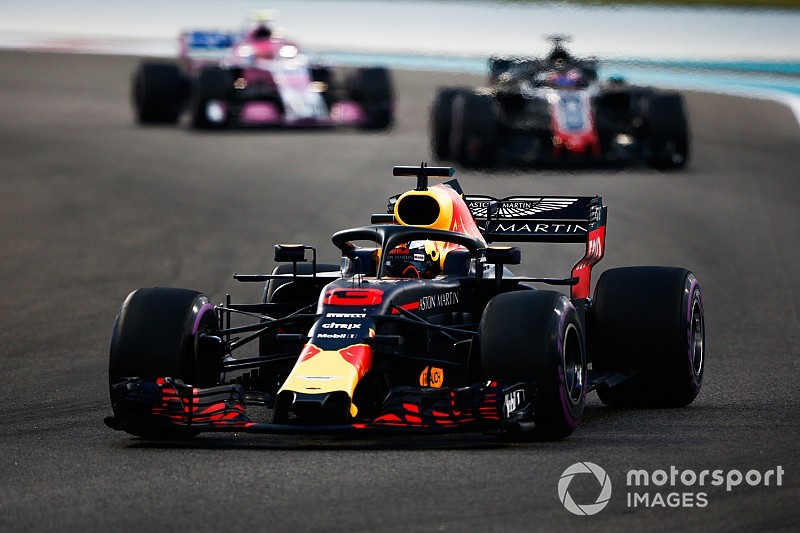 Red Bull had pinned its hopes on a good race in Mexico, because the high altitude closed the gap between Renault and the main opposition.

However, the team was competitive at most venues in the last part of the season, suggesting that the its chassis development had outpaced that of Mercedes and Ferrari.

"This sport is so confusing at times," said Ricciardo. "Even Brazil I was amazed at the pace we had.

"At the start of the race I was coming through the pack, and normally you damage your tyres, but at that point I could still see I was faster than the Ferraris and the Mercedes.

"It was hard to overtake, but I knew we had the pace. I don't know if we got it right or the others got it wrong, but we've certainly been fast the last few races."

Asked if his departure to Renault meant he wasn't given full details about updates, he said: "Well, I probably wouldn't know anyway!

"This sport's so complex. But for sure they know their strengths. I think the aero this year has come on really strong, but even the whole geometry, suspension of the car.

"Things like this, you watch the other onboards of the other cars and see the other drivers' helmets move a lot, and ours are quite still.

"I think everything, the whole compliance of the car they've really nailed this year. I don't know the details but I think that's also one of the strong points of the team."

Max Verstappen stressed that the key was that Red Bull's updates generally worked as planned.

"We always improve the car, and I think every update we have put on the car has been working," he said. "So that's of course great, and I think other teams have struggled with putting new parts on the car which have immediately worked.

"So, I think in Brazil I was surprised in the race we were that quick, because I could see already after one lap, two laps, it was really easy to follow them, while everyone was in tyre saving mode.

"Mexico was definitely our target, we were still not sure how much we were gonna lose on the straight. I was quite happy that we could of course even it out."

Team boss Christian Horner acknowledged that the team made big steps after the August break.

"We made some good progress and development with the car," said Horner. "Really since just after the summer break we've managed to [improve].

"So we did make a lot of progress with the car in the second half of the year, and the car was very strong at the beginning.

"We lost ground around Montreal time when engine upgrades were introduced. We fell back from Mercedes and Ferrari, but after the summer break we managed to get into a competitive position again."