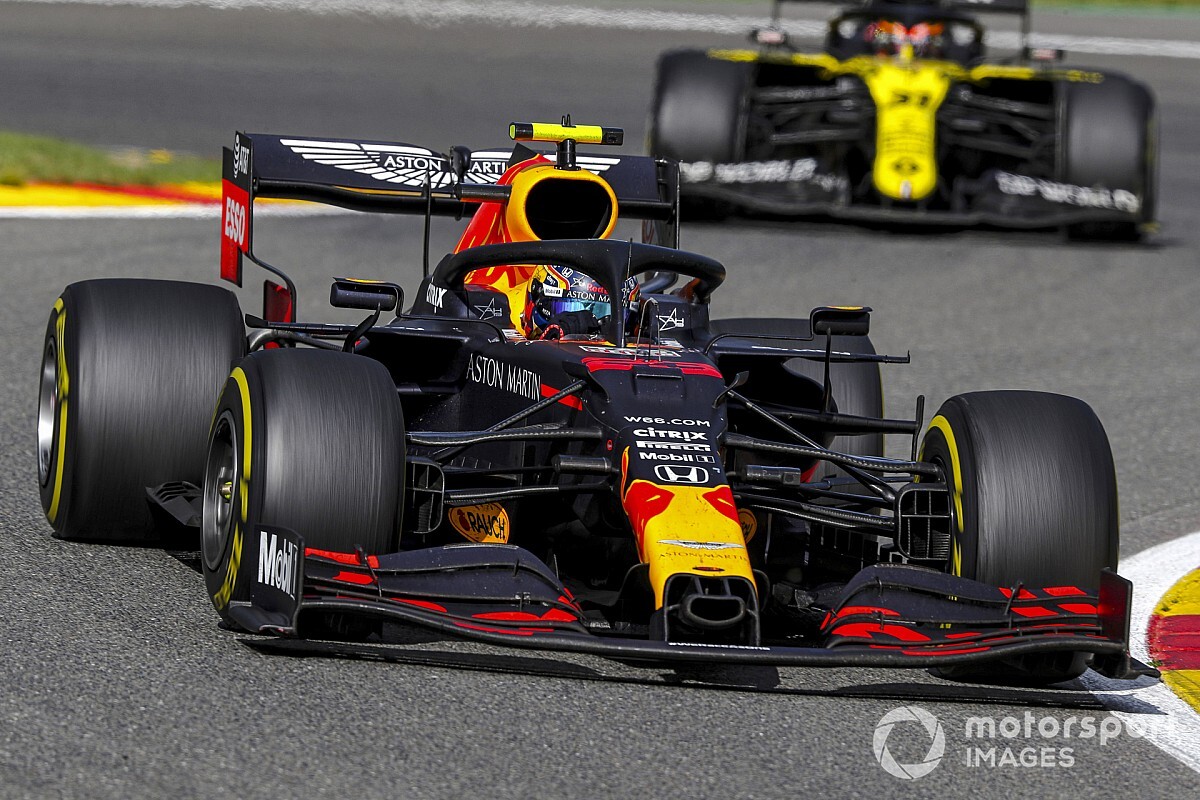 Red Bull Formula 1 boss Christian Horner has countered Cyril Abiteboul’s assertion that the Milton Keynes-based team has “missed a trick” by not being fully integrated with its engine supplier.

In contrast to works teams Mercedes, Ferrari and Renault, Red Bull has always worked with an outside manufacturer.

When asked in a press conference why RBR was losing out to Mercedes in 2020, Renault F1 chief Abiteboul said that “you can't have a chassis organisation and an engine organisation that are so distinct. You can't think of that, if you want to fight for wins in a consistent manner.”

Horner, who watched the conference on TV, was keen to point out that Red Bull is closer to current partner Honda than it was to previous supplier Renault.

“What he said was that we couldn’t win without having and making our own engine, because they are not fully integrated,” Horner noted.

“I watched his comments and it was quite interesting. Well, I would say that we are as integrated with Honda as you would be. It’s a proper partnership, and more integrated than we ever were with Renault in the V6 era.

“We won four world championships and sixty-odd races paying for our engines from Renault. So I would certainly counter that, in that the relationship with Honda is a partnership as opposed to a customer-supplier relationship.”

Asked if geography was an issue given Honda’s home in Japan, he added: “No more than Paris and Enstone. They have a factory in Milton Keynes, just around the corner, where all their race team is based. So their engine facilities are closer to us than Renault’s are to them.”

Horner admitted that Friday in Monza had been difficult for the team, with Max Verstappen crashing in FP1 and taking fifth in the afternoon session, outpaced by AlphaTauri’s Pierre Gasly.

“The car definitely is tricky at the moment. It’s not often that it gets away from Max. but thankfully the damage was relatively light. So we’re obviously working to try and improve the balance, improve the grip and therefore the lap time.

“Both drivers aren’t particularly happy with their balance at the moment so there’s a bit of time on the table that we’ve got to find, so they’ll be working hard to try and do that.

“I think that we were sufficiently out of shape on our side that the gap to the rest of the field is about where you would expect. It’s just that we’re not in our usual position.”