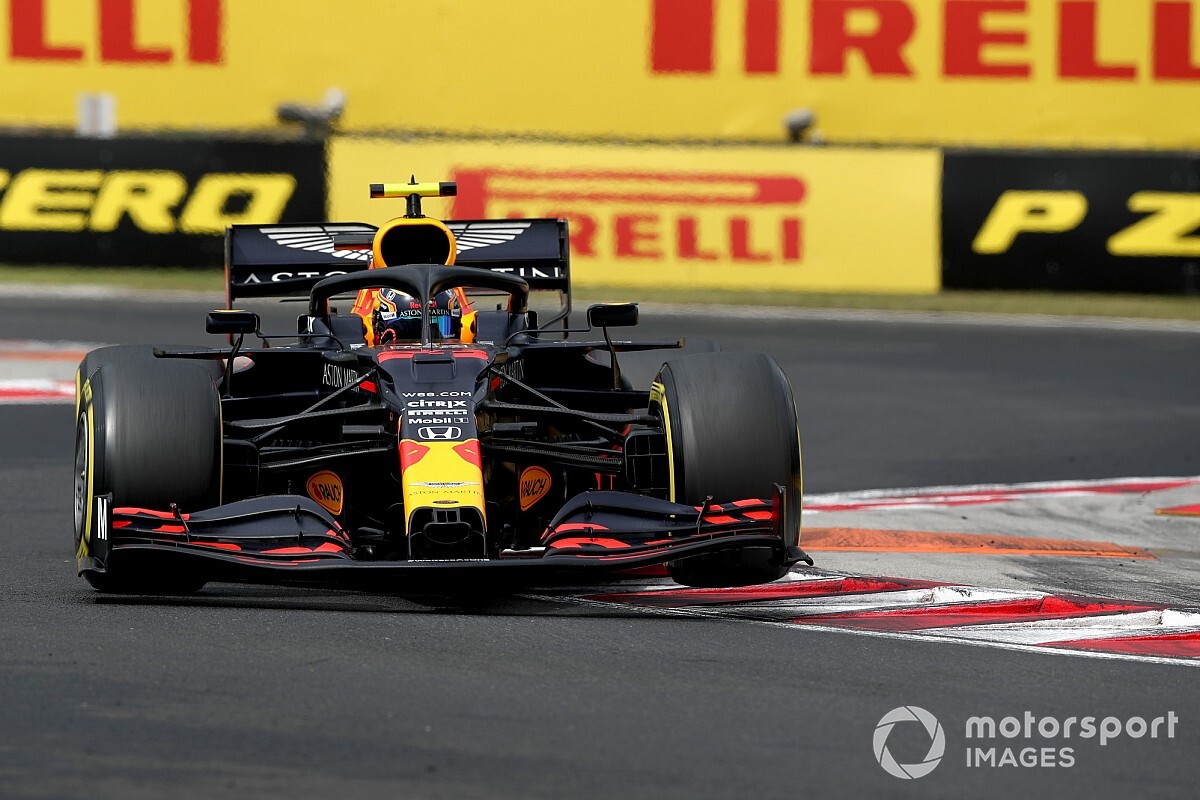 Red Bull says its current Formula 1 car has some "anomalies" that is causing it to "misbehave" in certain conditions.

The Milton Keynes-based outfit had started the season hopeful that it had made a step with its RB16 to be able to challenge favourite Mercedes.

But so far it has been unable to properly threaten the world champion outfit and its drivers Max Verstappen and Alex Albon have struggled to get on top of their car’s tricky characteristics.

Although Verstappen pulled off a brilliant performance in the Hungarian Grand Prix to finish second behind Lewis Hamilton, his Red Bull bosses are under no illusions of the step the team needs to take.

“We have some anomalies with a car that isn’t behaving as we expected it to,” said team principal Christian Horner.

“A great deal of work is going into understanding that and addressing that for the future races. So [Verstappen’s] recovery I thought was very strong, but still Mercedes have quite a lot of pace in hand as we see."

Red Bull’s struggle to understand the RB16 has manifested itself in the team making sweeping setup changes to the car in a bid to get on top of its problems. Both drivers have also suffered spins throughout the opening races as a result of the car proving especially difficult on the limit.

Horner said that Red Bull’s key focus was on understanding why in some conditions the car was strong, while in others it was less predictable.

"I think we've got something misbehaving aerodynamically,” he said. “It's obviously a matter of understanding that and addressing that.

"In certain conditions, the car is behaving as expected. But I think we've actually got some very good data from this weekend. So obviously, the team will be working hard to understand it and resolve it as quickly as we can.”

With Mercedes looking well clear at the front of the field, many are suggesting already that there is little hope of anyone beating the German car manufacturer to the title this year.

Asked by Motorsport.com if he felt the gap was closable, Horner said “It's a significant gap, but it depends on how much performance we can unlock on RB16.

“We know that we've got the fundamental basics of a decent car here. It's just not behaving as our simulation tools predict that it will.

“We need to understand that, and make sure that we're achieving what it should be doing, which hasn't been the case. I think there's a lot of good data from this weekend, and the team's working very hard to understand it and get on top of it."