Max Verstappen’s victory in last year’s Formula 1 season finale in Abu Dhabi lifted hopes within Red Bull that it finally had a car that could push it towards a full-on title challenge in 2021. 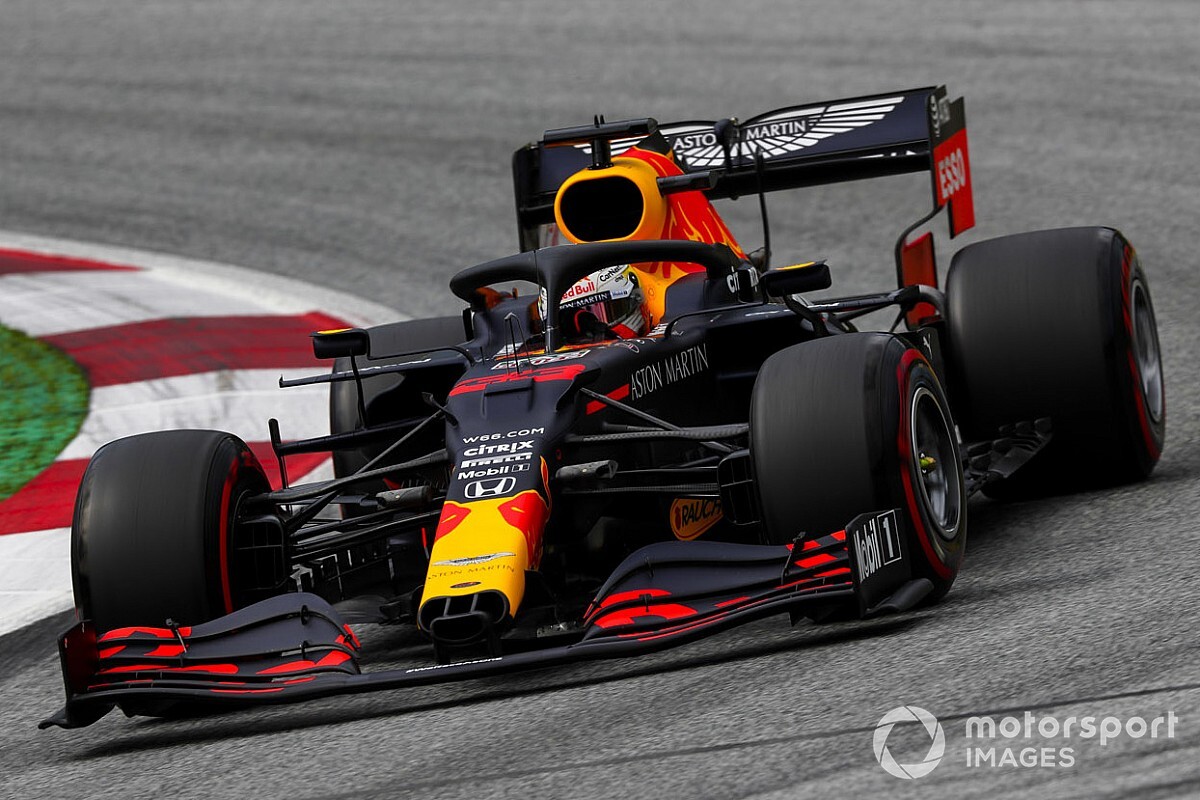 With F1's chassis regulations pretty much frozen in to this year, and the worst of the RB16's vices having been ironed out, there was good reason to feel optimistic about what could be possible in the final campaign of the current rules.

But lurking at the back of the team's mind was the well known historical trait that has characterised Red Bull's form over many recent seasons.

For Red Bull regularly finished each season strongly, got bullish after an encouraging winter, but then failed to hit the ground running at the start of the following campaign.

Then it would engage in a brilliant recovery and development drive to close the gap down to the front of the field – and finish the year strongly to begin the cycle again.

It is something that Red Bull's team management is well aware of. Last year, boss Christian Horner felt that, with there being so much carry over between the 2020 and 2021 cars, it would help it perhaps change its fortunes this year.

"I certainly hope so, because it's not a start from scratch again," he said after the Abu Dhabi GP.

"It's the first time in F1's history [that this has happened], and it is why we called the new car, 16B, as opposed to 17, because there's so much of it that is carry over. Probably about 60 percent of the car is carry over."

But while it is true that the stable chassis rules will give Red Bull some confidence about the platform it has for this year, equally there remains a great deal of uncertainty about F1 2021 aerodynamics.

For with aero surfaces remaining free for development, plus new headaches caused by a change to floor rules, there still remains scope for some decent performance swings.

With aero performance having been a cornerstone of Red Bull's qualities over the years, that means nothing can be taken for granted about how it will stack up against Mercedes.

And that's especially true considering it is known that the team likes to be aggressive in the way it pushes for endless improvement – and will bring new components as soon as they possibly can.

It is that latter characteristic that could perhaps offer the best clue as to why Red Bull's seasons play out the way they do.

For the aggression in pushing hard with development, and gunning for more performance parts as much as possible, may well work in bringing lap time gain, but equally they could bring a downside too.

In constantly trying new parts, it means Red Bull is often chasing a new understanding of the platform it has on a grand prix weekend.

And if the new components don't deliver straight away on track, then it can leave a headache as to whether there is an inherent problem rather than just a set up adaption needed.

Speaking about whether the perception of Red Bull's slow starts was a reality, Max Verstappen said at the end of last year: "Well, it definitely looks like that.

"We know that we have to improve a bit in the beginning of the year. But I think yeah, with COVID, and then no track running which we depend on quite a lot, it didn't help our case.

"We had to rectify a few stuff. And yeah, then with so many races in a row, you lose a lot of points. And then retirements, that doesn't help."

That line about Red Bull relying on 'track running' is an interesting one, and would go some way to explaining why, as knowledge of the team's car expands, that its performance does come on.

Pushed a little on what he felt it would take for Red Bull to break its cycle of poor starts, Verstappen responded: "Maybe, like I said, I think we just depend a bit more on track running.

"So we have to find a way of making sure that what comes out of the wind tunnel works straight away on the car, and it's immediate, and puts us in the right direction. So we'll work on that."

The message seems to be quite clear: get the new parts working first time out the box and Red Bull won't lose ground against rivals who are better sorted early on.

To make sure that happens will not actually require it doing anything fundamentally different.

It is more about having a belt and braces approach of better methodology, ensure wind tunnel and track correlation is spot on, and not trying to run before it can walk in trying to eke out small improvement gains with new parts.

The end result should be that when Verstappen has a new front wing bolted on his car, he knows it works – rather than needs to find out if it does.

In the past, Red Bull has shown itself not to be afraid of changing the way it does things in the quest for results.

A few years ago it deliberately stepped away from an old desire to leave the development window of its new cars open as long as possible – as it felt that it had been held back by everything being so last minute for the first tests.

Now too, if Verstappen is right that key to it doing better is to ensure that new parts that hit the track work first time, then a similar subtle change of processes could be all it takes to deliver a very different result on track.