Red Bull motorsport boss Helmut Marko says that the company's stance on the proposed 2022 engine freeze is not a case of "blackmail." 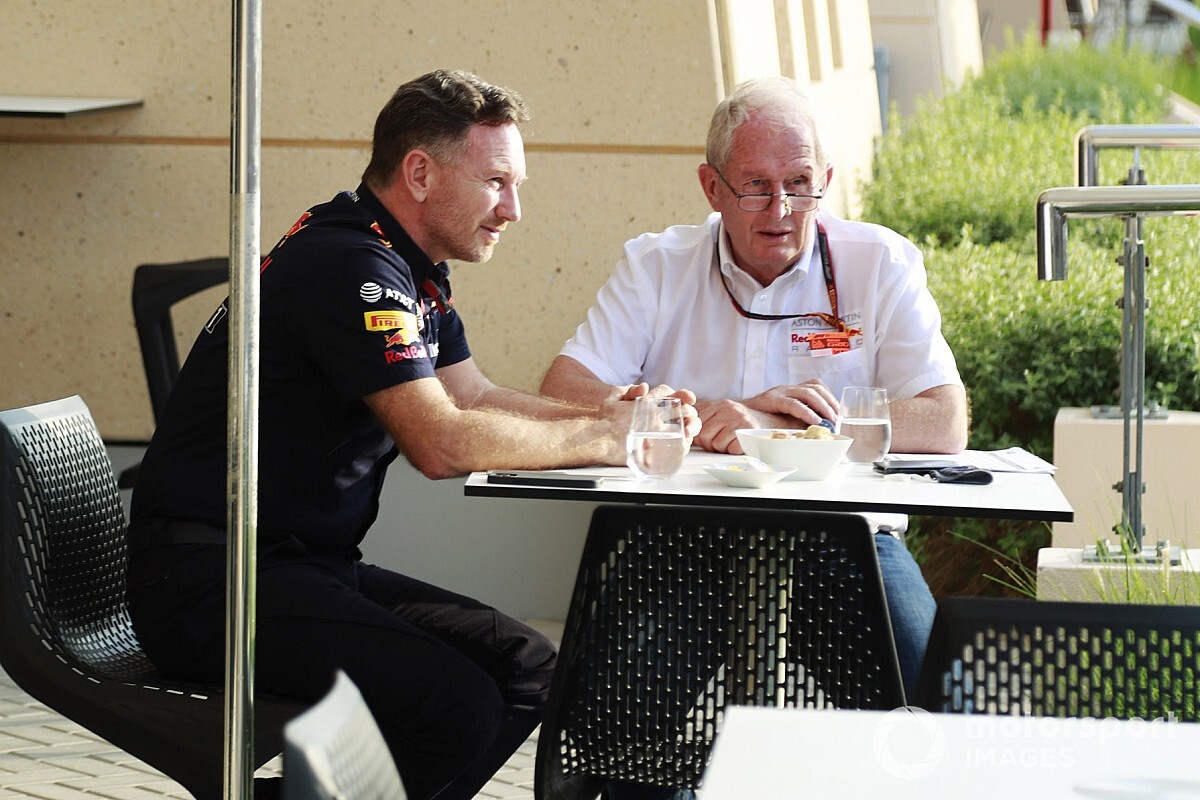 The Austrian has confirmed that a deal has now been agreed for Honda to continue to supply the drink company's two F1 teams in 2022 and beyond.

However, the arrangement will only go ahead if the proposed power unit development freeze is introduced – and Marko stressed that if it doesn't happen, the energy drink company will "drastically rethink its F1 situation".

Honda announced at the start of October that it will stop its official involvement in the sport at the end of 2021, in order to switch its resources to new road car technologies.

With Renault the only other obvious alternative, Red Bull's management pursued discussions about retaining and rebadging Honda's power units in 2022.

From the start Red Bull made it clear that if it took on Honda's technology it would not be able to pursue the usual development programme over the remaining life of the current power unit formula.

New rules are due to come into force in 2026, although they may be brought forward by a season.

A development freeze from 2022, which would also allow all the manufacturers to switch focus to the yet-to-be-finalised new rules, has been under discussion over the past four months.

Mercedes has indicated its support for such a move, but Ferrari and Renault have been opposed, amid discussions on how all four power units could fairly be aligned under a freeze.

Marko says that the agreement with Honda is now awaiting the green light.

"Everything has been clarified between us," he told German publication Auto Motor und Sport.

"The timing is fixed. Everyone is in the starting blocks. But there won't be an okay until we have written proof from the FIA that the development stop on the engine side is coming."

"We are waiting for the FIA's decision. There should be clarification on that next week."

Marko insisted that a power unit freeze would be logical given the sport's overall focus on cutting spending.

"We have a cost cap," he said. "We are discussing a restriction and reduction in driver salaries. Only with the engines everything is to remain further open.

"What's more, the trend is clearly for the new engine regulations to be brought forward to 2025. Unfortunately, this engine was such a cost driver. Investing even more in it now makes no sense."

He added: "For F1, it's a very clear common sense decision. The engine freeze is the most important thing.

"The so-called safety net of alignment will certainly be more difficult. But if the development freeze is there, the whole project is already easier for us to handle."

Marko made it clear that if the Honda deal doesn't happen, the futures of Red Bull Racing and AlphaTauri could be in doubt.

"That would mean Red Bull would have to drastically rethink its F1 situation. This is not a blackmail.

"For pure common sense and cost reasons, an engine freeze is the only way forward with these unfortunate power units."