© 2021 Motorsport Network. All rights reserved.
TV Buy tickets Store
Previous / Only "rabbit out of a hat" can cost F1 its 2020 "classic" Next / Williams: First-try crash test successes a contrast to 2019
Formula 1 / Breaking news

Renault has revealed a February launch date for its 2020 Formula 1 campaign, in which it will be represented by Daniel Ricciardo and Esteban Ocon. 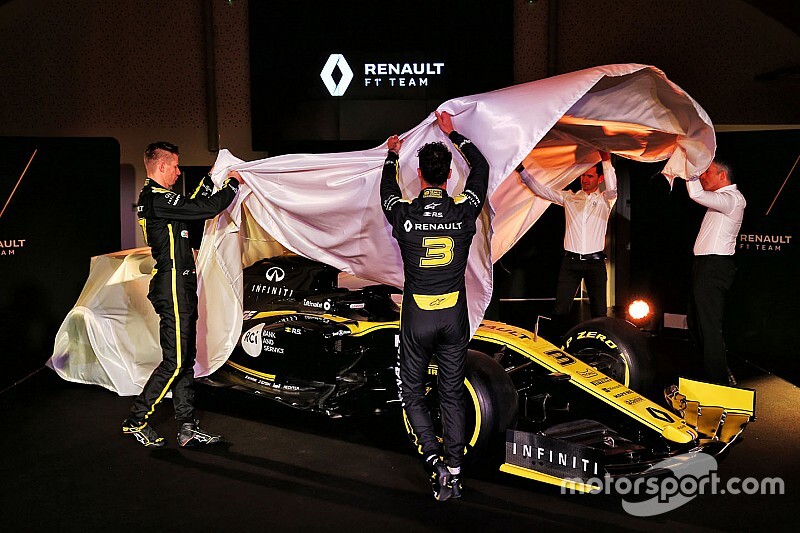 The team will hold its official 2020 season presentation on February 12, one day after Ferrari is set to kick off F1’s ‘launch season’.

The event will take place at L'Atelier Renault, located on the Champs-Elysees in France capital Paris.

The upcoming campaign will mark the fifth season since Renault returned to F1 as a manufacturer team, taking over the Enstone-based Lotus outfit.

It finished ninth, sixth and fourth in its first three years, but had a disappointing 2019 despite the arrival of big-name new signing Ricciardo.

Instead of closing the gap to F1’s leading teams Mercedes, Ferrari and Red Bull, the French works outfit was outperformed by its engine customer McLaren and only narrowly held on to fifth in the constructors’ championship.

Nico Hulkenberg, who had joined Renault on a three-year deal in 2017, has been replaced by Ocon for the coming season, the Mercedes protege returning to the F1 grid to partner Ricciardo after a year out.

Renault, which has also split with its technical director Nick Chester, is yet to officially outline its team structure for 2020 but is known to have signed veteran tech chief Pat Fry, as well as ex-Williams head of aero Dirk de Beer.