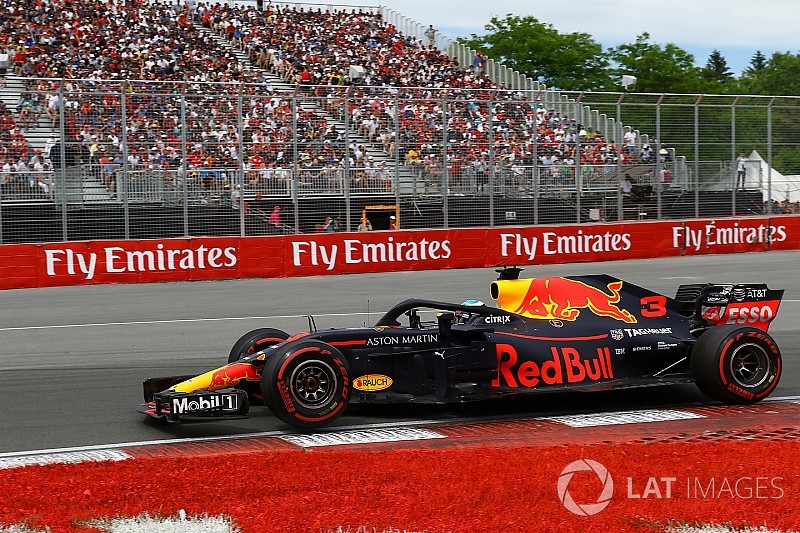 Renault believes its latest Formula 1 engine upgrade is not being used to full effect by Red Bull because it is lagging behind the works team and McLaren in fuel development.

Renault and McLaren use BP/Castrol fuel and lubricants, but Red Bull has a deal with Exxon/Mobil.

That means when developing the engine Renault conducts dyno sessions specifically for Red Bull, using Exxon/Mobil products, but that involves less running time than is conducted with BP/Castrol.

Recent steps by BP/Castrol, which introduced an upgrade at the Spanish GP, have benefited Renault and McLaren.

"I was secretly hoping that Red Bull would have the pace to win," said Abiteboul.

"That's something that's clear. We can guarantee an equity of performance of what is in our control, which is hardware, which is software.

"Not anything other than that, like fuel, because they elected themselves for strategic and commercial reasons to go for their own partner, which we appreciate, and we support by homologating their product.

"I'm sure Exxon has to ability and capacity to catch up, but they are a bit behind. The installation is also a little bit different.

"That's why there are small discrepancies, and I accept that."

Abiteboul said Renault's new engine did exactly what it was supposed to do in Canada, and it also showed good reliability over the six cars.

"I stopped breathing for a moment when I saw [McLaren's Fernando] Alonso complaining about his ERS," he said. "But I understand it was another problem [not a Renault part].

"So it was good, a very interesting introduction of 'Spec B'. We see from top speed we've been very competitive, we also see a bit of a step from Honda.

"We know exactly what they [Renault's engines] are providing, and they are providing what we advertised they would a few weeks, if not a few months, ago."