Renault can't back off upgrades for 2019 car

Renault cannot afford to let its 2019 work compromise its 2018 car's development because of the pressure it is under in Formula 1's midfield battle, says chassis chief Nick Chester.

The French manufacturer consolidated fourth in the constructors' championship heading into the summer break with 82 points to its name, 16 more than fifth-placed Haas.

Renault is already 25 points clear of last year's tally as its progress continues since rejoining the F1 grid in 2016, but chassis technical director Chester says switching to the 2019 car, which must have a very different front wing concept, could impact its fight for fourth.

Asked in Hungary by Motorsport.com how soon he thought Renault could switch, Chester said: "We know we can't really. We have to develop.

"We have already got things in the pipeline that are going to hit after shutdown.

"Maybe once we can get to race 15 [Singapore] or 16 [Russia] we can review it but by then most things will be in process anyway to the end of the year.

"It's just too tight. An Austria result [Haas finished fourth and fifth while Renault recorded a double-DNF] and you've wiped that [gap] out.

"We've got to keep going and pushing and getting pace on the car."

Renault has been effective in scoring regular points this season while its midfield rivals rise and fall out of the top 10 depending on whether the circuit suits their cars.

Haas has regularly had the fourth-quickest car, and is particularly strong on medium and high-speed tracks, but mistakes and misfortune have set it back.

It has also benefitted from engine supplier Ferrari appearing to overtake Mercedes, and pull away from Renault, in terms of performance.

Chester admitted that the boost Ferrari is giving Haas, and surprise sporadic top-10 contender Sauber, "does give us a concern".

He said that even once the 2019 car's development does escalate, "anything that we can find and develop on that we can put back on this car, we'll try and do".

"A lot of the work is moving over to '19 now anyway and it just depends what we find," he said.

"Probably from now on, there'll be a few more updates and then after that there will probably be smaller parts that can come out of the windtunnel programme that working on '19. But we know we're going to have to keep going all year."

Renault introduced a new front wing concept in Germany and may bring "a couple more development" to complement that.

It has further upgrades planned further down the car that are independent to that concept. 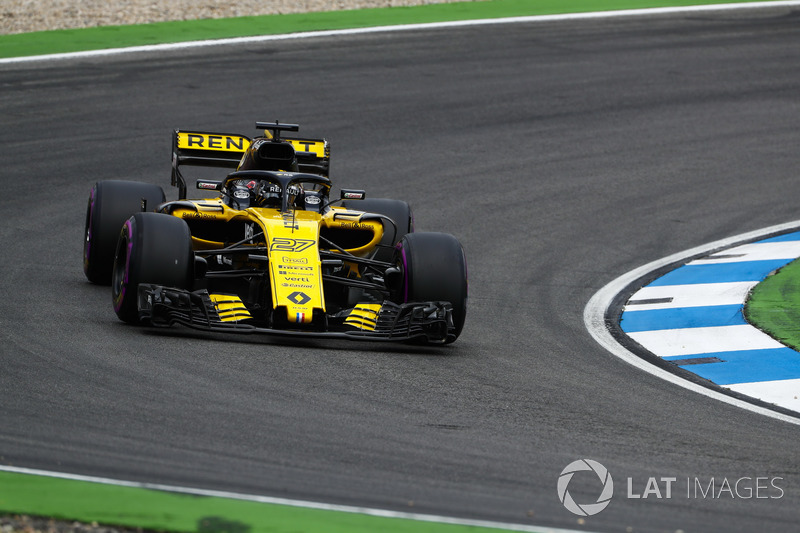