Carlos Sainz says it was important for him to finish the 2018 season strongly with Renault, once it was confirmed that he would not be remaining with the team next season.

The Spaniard found out over the summer that he was being replaced by Daniel Ricciardo for 2019, but wasted little time in sorting out a deal to switch to McLaren.

Although being out of his current outfit could have prompted Sainz to ease off, he says the situation actually helped inspire him to push harder and deliver the four points-scoring finishes he has had since the summer break.

“For me it would have been very easy after the summer just to say 'well, let’s finish the year and think about next year', you know?” he told Motorsport.com in an exclusive interview.

“I have a very good relationship with the mechanics, with the engineers, and with the management here, and because of that I've been pushing flat out since then as an eight race sprint until the finish line, to finish well with Renault.

“And this is exactly what is happening right now, no? Very strong races. The car is not where it was at the beginning of the year in terms of performance, but the points are still coming, so I am proud of that.”

Having originally been on loan to Renault from Red Bull this season, the Spaniard’s hopes of staying at the French car manufacturer were dented because he was not free from his contract early enough.

And with Renault managing director Cyril Abiteboul clear that it was the then Red Bull ties, rather than talent, that meant Sainz was not an option for 2019, the man himself says current form is no surprise to him nor his bosses.

“The race in Suzuka, in Monza, in Singapore I think the performance is there,” he said. “I am delivering both in qualifying and in the race lately.

“It was just a matter of time of getting a bit the car more to my liking, getting the set-up right more often and strange things stop happening on race day.

"Then suddenly Carlos Sainz and Renault look a lot better than I think some at races in the beginning of the year. I was never worried, I think it was just a matter of time and the results are paying off right now.”

Sainz added that he will leave Renault without any bad feelings that it went for Daniel Ricciardo rather than wait for him.

He said: “You've never heard anything bad from me towards Renault or the Ricciardo signing. For me with Renault, the only regret I have is not having a bit more time with them to get together some better results, you know.

“But the situation, life was taking us to this point. I think they are still happy that I am going to McLaren with Renault power. And I am sure we're going to have a successful time.

“But it was just the situation, the way it evolved, that I was probably a bit forced out of there, and I had to get a plan B and that plan B was McLaren.

"As soon as I got the opportunity I had to sort out my plan B and McLaren was a great option for me.” 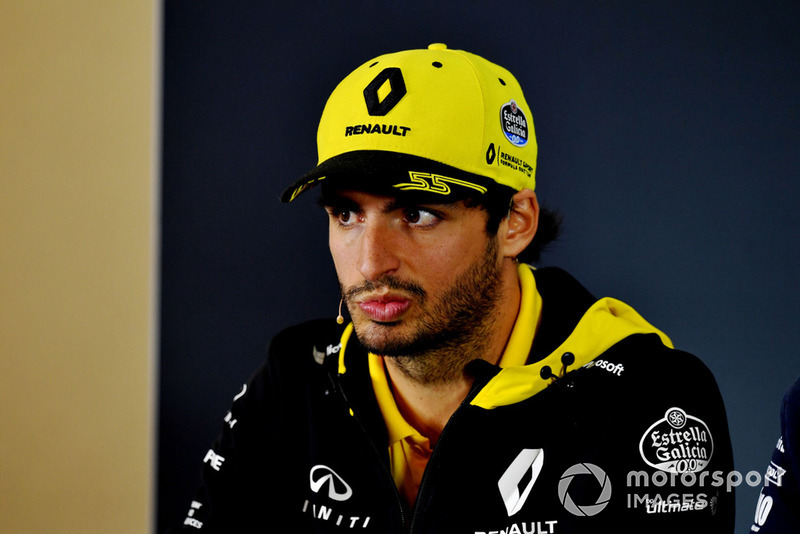 Hamilton wants to get "close" to Schumacher's records