Renault: "Communication crisis" has been hard to manage

Renault F1 boss Cyril Abiteboul says one of the biggest difficulties he has faced this year is managing a "communication crisis" caused by his optimism at team progress not being matched by early-season results. 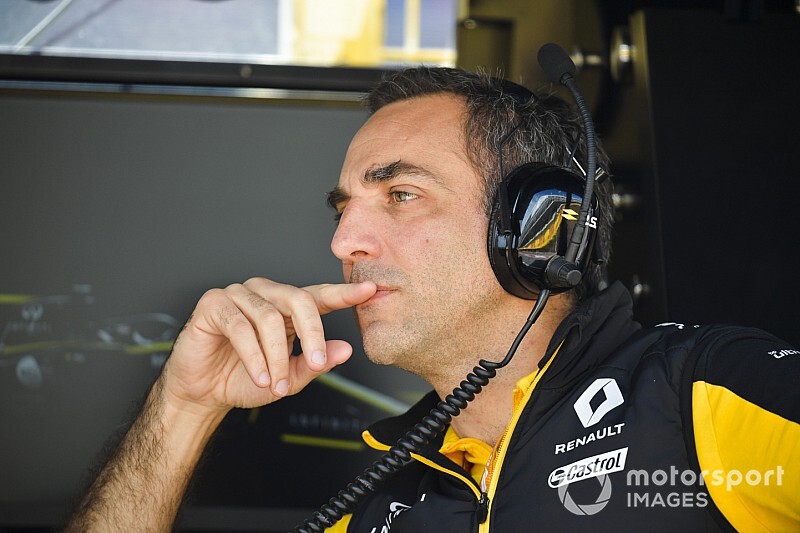 The French car manufacturer came into this year bullish about its chances of stepping clear of the midfield and closing the gap on the top three teams.

But it faced some headaches early on when reliability problems and incidents cost it a decent haul of points, and left it languishing near the bottom of the constructors' championship.

The team bounced back in style in Canada last weekend with a double points haul on the back of Daniel Ricciardo qualifying fourth, and it is now just two points adrift of McLaren in the standings.

Abiteboul admitted the start of the campaign had been hard for both the team and him personally, because he had faced some flak for talking things up when it did not match results on track.

"When you see such a mismatch between perception based on what we actually deliver, against what I know we are capable of doing and not just capable in theory, capable by simply executing a proper weekend, then I cannot challenge that.

"That is really difficult because you need to manage some form of communication crisis, weekend after weekend. And that is also a lesson about this world and the expectation and impatience of this world.

"But frankly our style, including my style, is to have a straightforward open communication and to say things where they are."

Abiteboul had been clear ahead of the arrival of an upgraded engine in Monaco that it would help turn things around, and that has happened – with the team delivering strong performances since.

And, on the back of its best result of the season in Canada, a major aero upgrade for France should also help moves things forward for the car maker's home race.

"Frankly we have done nothing special, apart from doing what we should have done at every single race since the season started," he said about the strong form in Canada.

"There is nothing new in the engine, we are just operating the engine in the way it should have been operated if we had not had the issue that we had.

"What is probably different is that we have clearly Daniel who is gaining an amazing confidence. For three races, since Barcelona, already, although we didn't see it there because of a safety car that happened at a bad moment.

"But already in Barcelona he could feel that the car was massively different from the car he had in winter tests. That is something that already turned him up – because he could see that the team was taking on board his feedback, developing the car and the car was clearly better than a few weeks or months before.

"Then Monaco also the car was good. He was confident and would have been P5 without a wrong call under the safety car. And the gaining confidence made the difference in Canada.

"Plus we are closer to the top. What I will remember is that we were eight tenths from the pole [last weekend] and we were 1.2 seconds from pole last year, so that is exactly in line with the target.

"The target was to start reducing the gap to the top and that is starting to happen. And that is clearly a relief to know that we are capable of showing to the outside world what we know is happening."

French GP: All the winners since 1950

How Boullier 'jumped the fence' from team boss to GP chief