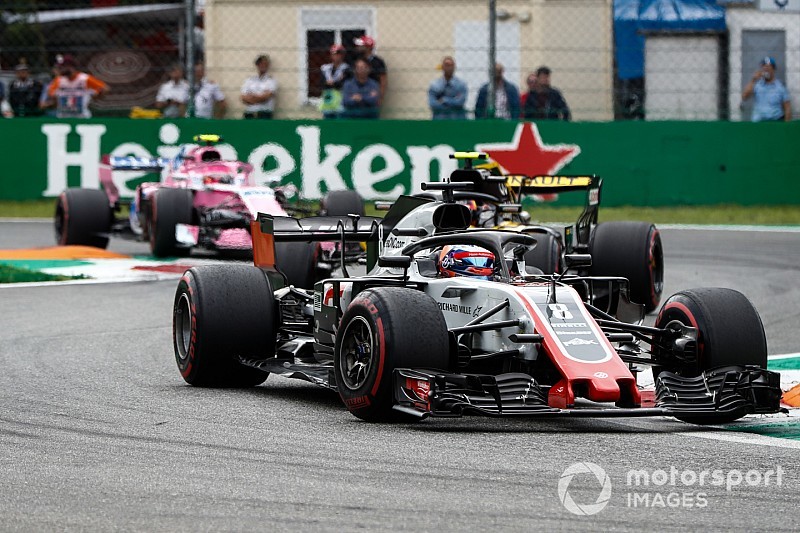 The Frenchman finished sixth on the road, but was subsequently excluded by the stewards after Renault lodged a protest regarding the Haas car's floor.

Haas subsequently appealed, and the appeal will be heard in Paris on November 1.

Haas boss Steiner pointed out that it has been many years since a team protested a rival's car after a race, suggesting that there's a gentleman's agreement between teams that they don't attempt to catch each other out with post-race protests.

However, Renault's executive director Marcin Budkowski says in this case the matter was well known, as it was the subject of a Technical Directive that had been circulated to all the teams, and that the onus was on Haas to ensure that its car complied.

"We all look at each other's cars on a regular basis," he told Motorsport.com. "Us and I think quite a few other teams spotted a few races ago, because I think it was a floor that was introduced in Canada.

"We didn't have a problem with the time they were given. But they didn't respect this time. I don't think they were really caught by surprise there.

"What I think Gunther is probably referring to is that if we spotted something illegal on a car, we wouldn't protest immediately, we would probably talk to the FIA or to a team before to sort it out.

"The TD was pretty public, wasn't it? I think we were expecting like everybody else that they would come with a floor that complies with the technical regulations in Monza. We were surprised that they didn't."

Budkowski wouldn't confirm whether or not the Monza protest was a direct result of Grosjean finishing in the points and ahead of Nico Hulkenberg, and that it wouldn't have been made had neither of Haas cars made the top 10.

"After the race we gathered and we decided whether or not we were happy to let it go and have a car that was blatantly illegal, and in the face of a TD that it didn't comply with.

"We decided that we were not happy with competing with a car that didn't comply with the technical regulations, it's as simple as that."

Renault intends to state its case at the appeal in Paris:

"Haas is appealing the decision of the stewards. We have made a request to be heard as an interested party," Budkowski added.

"We don't know whether we are going to be allowed to do so, but we are an interested party for obvious reasons, we made the protest. But the rest of it is really between the International Court of Appeal and Haas."