The FIA has been directed to seal and impound both Renault Formula 1 cars’ electronic control units and steering wheels, to allow a protest against the team to proceed. 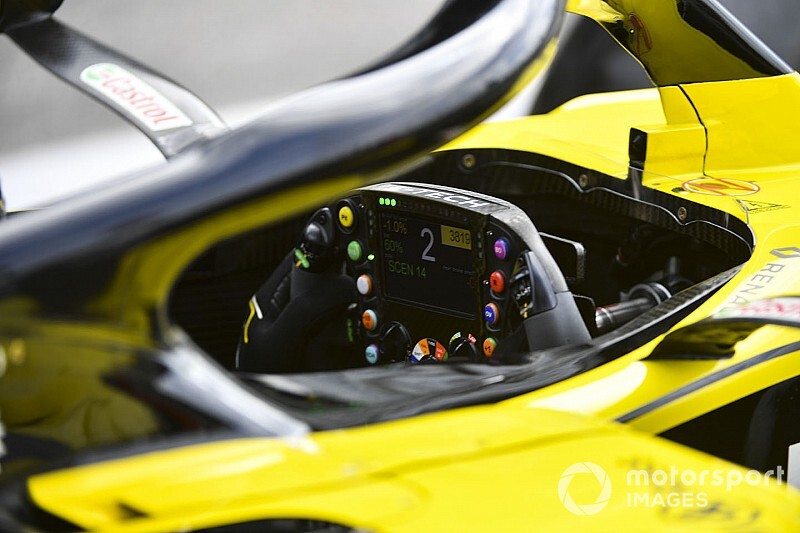 Representatives of both teams and one from the FIA technical department convened with the Japanese GP stewards on Sunday evening, and the stewards determined that the protest satisfied all relevant parts of the International Sporting Code and is admissible.

Renault has agreed to this point, but the next step will take some time to establish.

This is because the stewards have directed the FIA technical department representative to seal and impound the FIA-standard ECU of both cars, plus their steering wheels, to conduct “a detailed analysis of those pieces” and the “hardware, software and data associated with them”.

They may call upon “outside technical assistance” including Renault and Racing Point team members while conducting the analysis.

When the analysis is complete the representative must provide a written report to the stewards with their finding.

Those findings must be matched against the “potential technical infringements detailed in the protest”.

The chairman of the stewards will be notified when the likely submission date of the assessment can be determined, “so that the next meeting time to assess the claims made in the protest can be scheduled”.

The FIA document relating to the original protest only refers to an alleged technical and sporting regulations, and ISC, breach without specifically referencing what that could be.

Renault has not lost its double-points finish in the Japanese GP, in which Daniel Ricciardo finished seventh and Nico Hulkenberg was 10th.

However, their results are provisional pending any decision concerning the protest.
Renault said in a statement it “acknowledges” the protest from Racing Point concerning its brake bias system.

It claimed Racing Point had prepared a 12-page dossier and the “complexity” of this was the reason another meeting was required on a yet-to-be-defined date.

“Renault F1 Team intends to use this recess to prepare an equally detailed case to rigorously defend its position,” the statement said.