Renault Formula 1 boss Cyril Abiteboul says his team was as fast as rival McLaren in the French Grand Prix, despite losing out to the Woking squad. 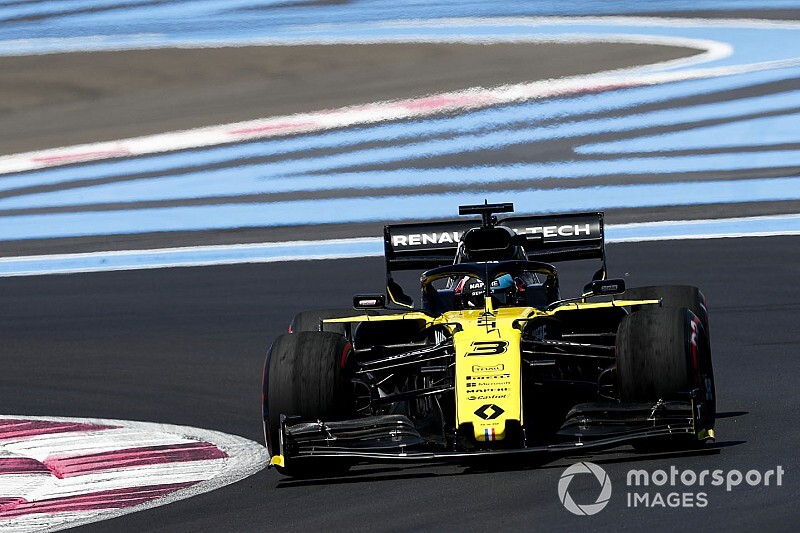 In the race, Sainz won the battle between the two teams by finishing sixth, while Ricciardo was the best-placed Renault driver in seventh until penalties for last lap incidents bumped him out of the points.

Abiteboul stressed that his team lost the battle with McLaren in qualifying and was potentially faster in race trim.

"It's an OK result, being in the points is good, but we are targeting more points than that," Abiteboul told Motorsport.com.

"We've seen that we are just as quick if not quicker than McLaren when not held back, but obviously McLaren was so much faster in qualifying, and that's what matters the most in current F1.

"On different compounds and on the longer runs we are much more competitive against them and the rest of the field. That's going to be the focus in Austria, where probably it's going to be extremely hot, and we know the track can be extremely damaging for the tyres."

"McLaren is a good brand, they are a car maker, which matters to us. They are our partner and customer team, so their success is also coming from our contribution. That's good and positive, and it's also showing on the chassis side what's possible.

"Having said that we are not miles away, and we were much faster than them in Montreal. What I expect is to see an interesting battle with McLaren for the remainder of the season.

"But again the only thing that matters in modern F1 is firstly the points and secondly the qualifying, because it's so difficult to overtake, either because of the aerodynamics or the current stance of the FIA on these things."

Abiteboul admitted that it was not clear whether the upgrades brought to France had achieved their target, with the next batch due for Silverstone.

"The behaviour of the soft compound was confusing any sort of analysis over the weekend."

Promoted: Inspiring the next generation of female engineers