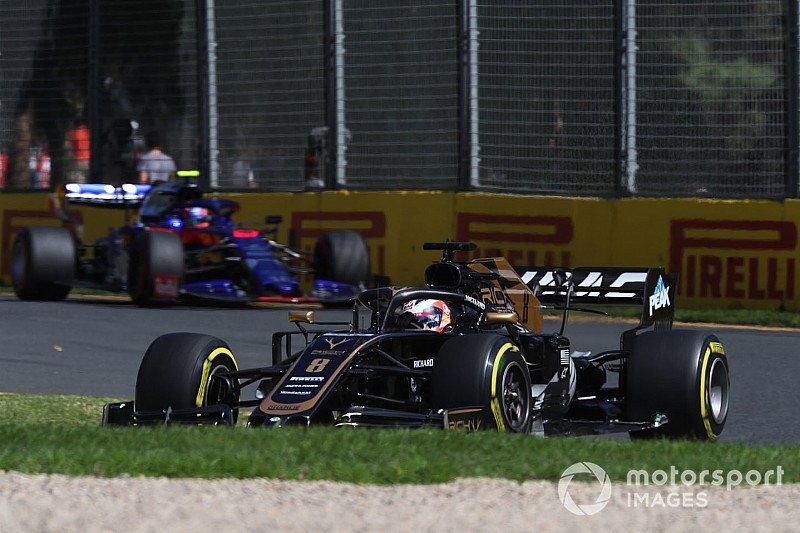 Renault is fearful that tie-ups between big and small Formula 1 teams may stop anyone challenging Mercedes, Ferrari and Red Bull and put off potential new entrants.

Ferrari supplies Haas with parts teams do not have to design and build themselves, while Red Bull's junior team Toro Rosso will use many components from last year's RB14.

Beyond these examples of what have been termed "B-teams", there are concerns that big teams could be aided by their engine customers or affiliates contributing R&D resources.

The FIA has previously indicated it is monitoring this closely as F1 prepares to introduce a cost cap and other resource restrictions for 2021.

Asked by Motorsport.com if there was a danger it would become essential to have affiliations with smaller teams, Renault F1 managing director Cyril Abiteboul said: "We could spend hours discussing that topic.

"It is already a challenge for a team like us who are competing against that top three teams, that have something like 30% more resources than we have.

"If they are capable of combining their resources with other teams, or getting the benefits of synergies within the scope of a budget cap, that is a problem for us and problem for at least two other teams in the field."

This is a reference to McLaren and Williams, who last year joined Renault in initially refusing to approve Racing Point keeping Force India's commercial rights when the Silverstone-based team fell into administration.

That was amid fears Racing Point would become closer to Mercedes.

Abiteboul said Renault is unhappy with the response it had received from the rulemakers over how to handle the situation for 2021 and warned it "could also be a problem for a new entrant willing to enter F1 and willing to be competitive".

"That's a serious topic because maybe we are saying there are three top teams and that will be it," he said. "Maybe anyone joining will have to accept that they will not be in a position to be competitive.

"We are extremely careful about what we are willing to happen in 2021. We are not convinced about the safeguards and the containment measures that have been put forward.

"We'll continue to work with the governing bodies to hopefully get to a more satisfying outcome."

They said it was the small teams that benefit from such arrangements, citing the existence of Haas as the main example.

"The affordability of Formula 1 is extremely expensive," said Horner.

"There is ultimately a sensible offset between needing to be a full blown constructor team and being able to acquire those non-listed parts."

Binotto said "the model itself is the right model" and is a good thing for F1.

He added: "If there are any concerns it's up to us to understand what they are and make sure we are mitigating or avoiding them."