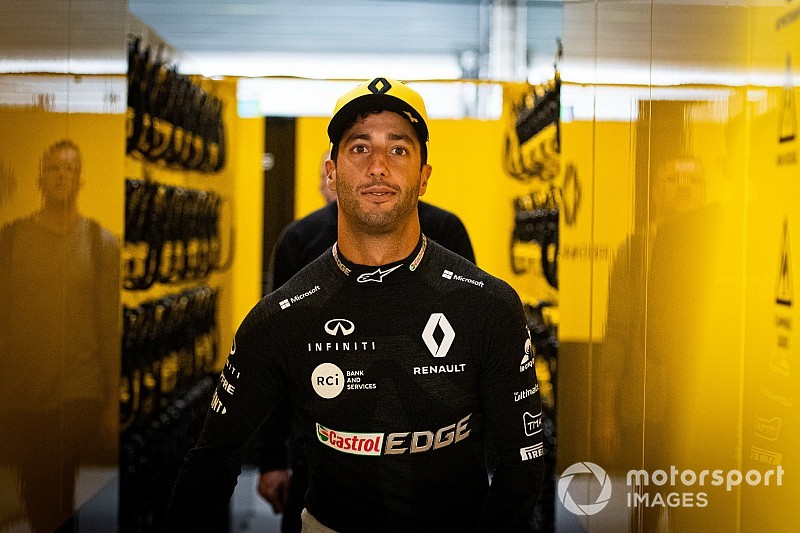 Renault has elected to introduce its new Spec C engine for the Belgian Grand Prix, meaning both Daniel Ricciardo and Nico Hulkenberg, as well as McLaren's Carlos Sainz, will take grid penalties.

With the French car manufacturer bidding to bounce back from a disappointing first half to the season, it hopes the minor upgrades to reliability and performance with the new power unit will help boost its competitiveness.

Renault had already taken grid penalties for using new components earlier in the season, and the changes to the ICE will thus mean a five-place grid drop for both its factory drivers.

The upgrade will be Ricciardo’s fifth new ICE for the season and Hulkenberg’s sixth.

McLaren also has the option of taking the new engine for this weekend, and will have Sainz run it in FP1. It is yet to confirm the exact plan for the Spaniard's teammate Lando Norris.

"We now start the first session with Carlos with a new Spec C," team boss Andreas Seidl told Motorsport.com. "We still have to figure out how we use it then for the rest of the weekend plus until the end of the season.

"In the end it’s about increasing enough the pool of engines which we can use and it’s about figuring out how to distribute the mileage between free practice and races until the end of the season to avoid further penalties. Which means we take a penalty here for Carlos."

Renault's rival engine manufacturer Honda is also debuting a new engine specification this weekend, with Red Bull newcomer Alex Albon and Toro Rosso's Daniil Kvyat relegated to the back of the grid.

Wolff laughs off rumours of rift with new Mercedes CEO