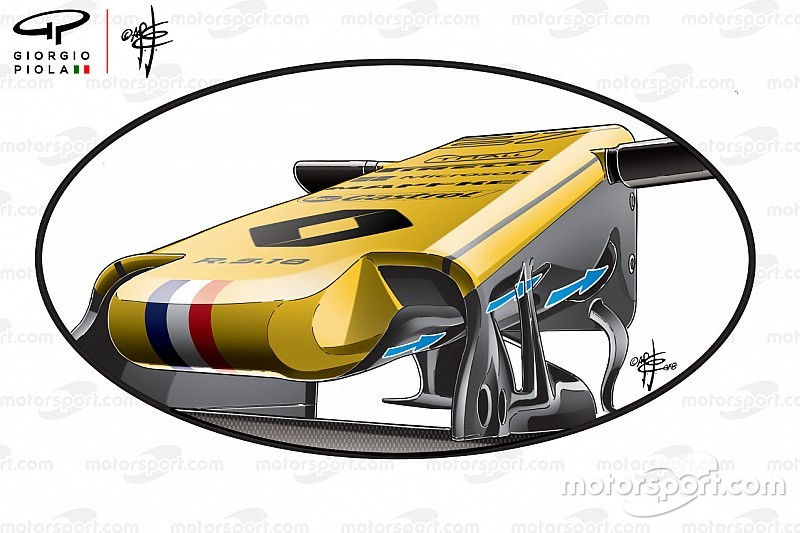 The S-duct is not a new idea in Formula 1 but the ever-changing regulatory landscape does bring with it new opportunities for teams to fine-tune their ideas in the quest for added performance.

This year Renault has shown this through a much more aggressive solution to the placement of the front inlets of its design, which has improved the performance of the entire nose.

Having used a more conventional and compact ‘S’ duct design in 2017, Enstone design chiefs clearly eyed the opportunity to make changes for this season based on what they had learned from rivals over the course of last year. 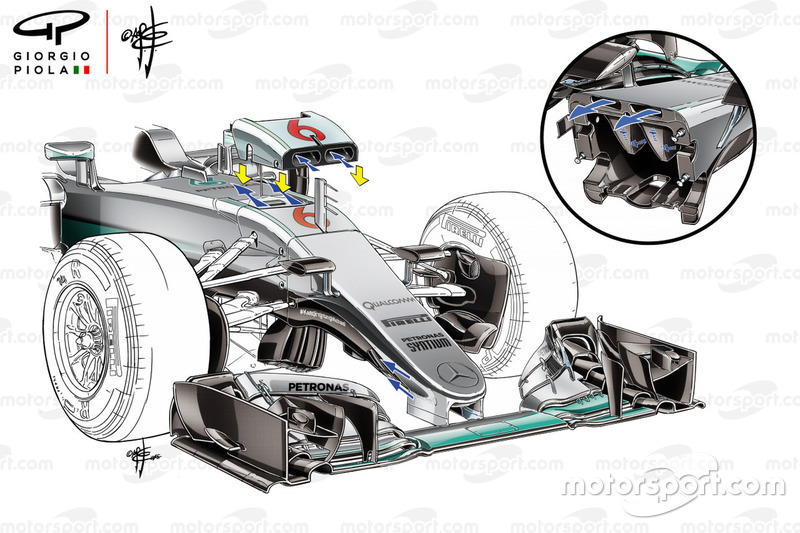 In 2016, Mercedes and Toro Rosso gave this new S-duct style solution (above) its first official outing, although Mercedes had dipped its toe in the water in 2015 when it conducted a brief test during free practice for the Brazilian GP. 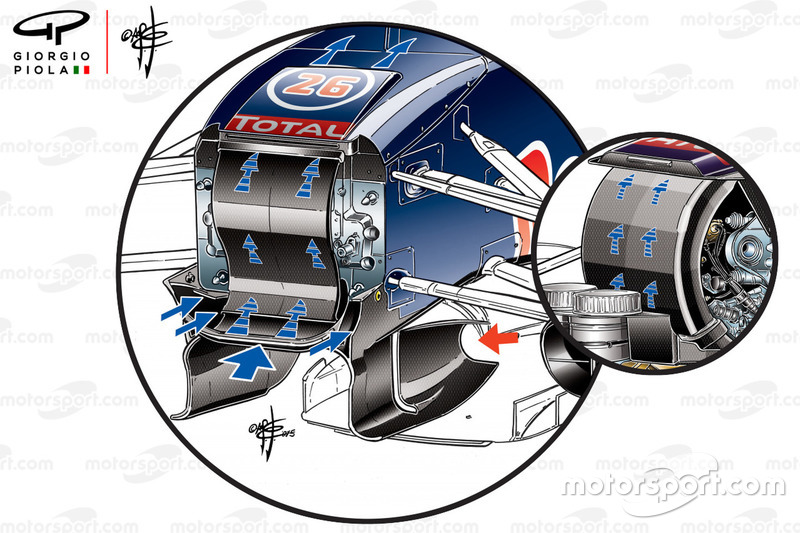 The solution cast aside what had been considered the conventional method of achieving the aerodynamicist’s objectives.

But no matter the length of the pipework inside the nosecone, the intention of the S-duct remains the same: to reduce boundary layer separation under the nose and draw airflow back to the surface of the chassis that would ordinarily detach as it ramps over the nose incline. 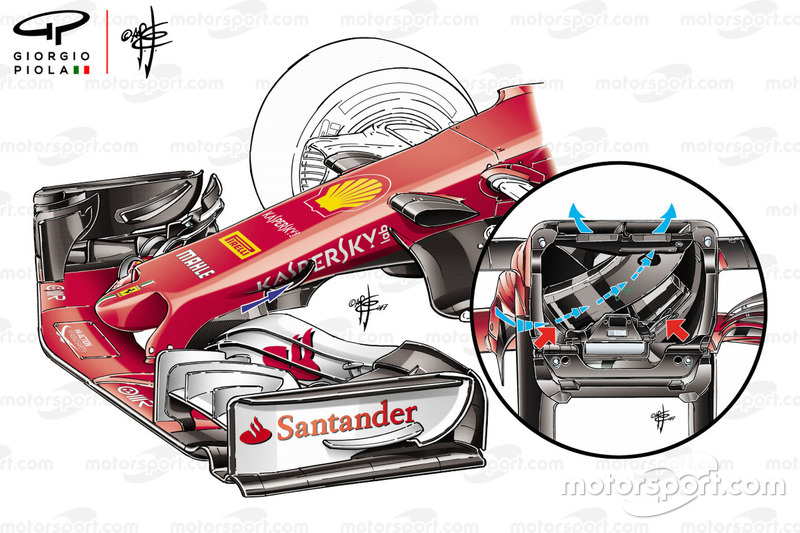 Having elongated pipework not only allows for a more precise placement of the inlets, but also makes for a less tortuous route for the airflow to follow too.

This is something that has been capitalized on by Ferrari, which since 2017 has opted to crossover its pipework inside the nosecone to improve flow conditions further. 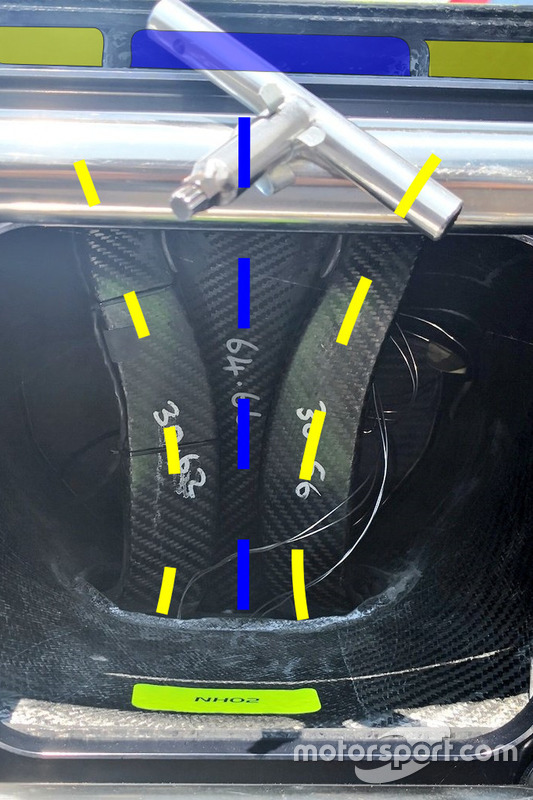 In the case of Renault, it has opted to further compartmentalise this flow with three distinct pipes inside the nosecone, separating flow left, right and centrally.

The small differences between design teams highlight once again that no matter how much design trends force teams to gravitate their best ideas towards one another, there are always subtle differences that ultimately add up to the lap time differences that we see on track.

How do things go wrong in an F1 windtunnel?