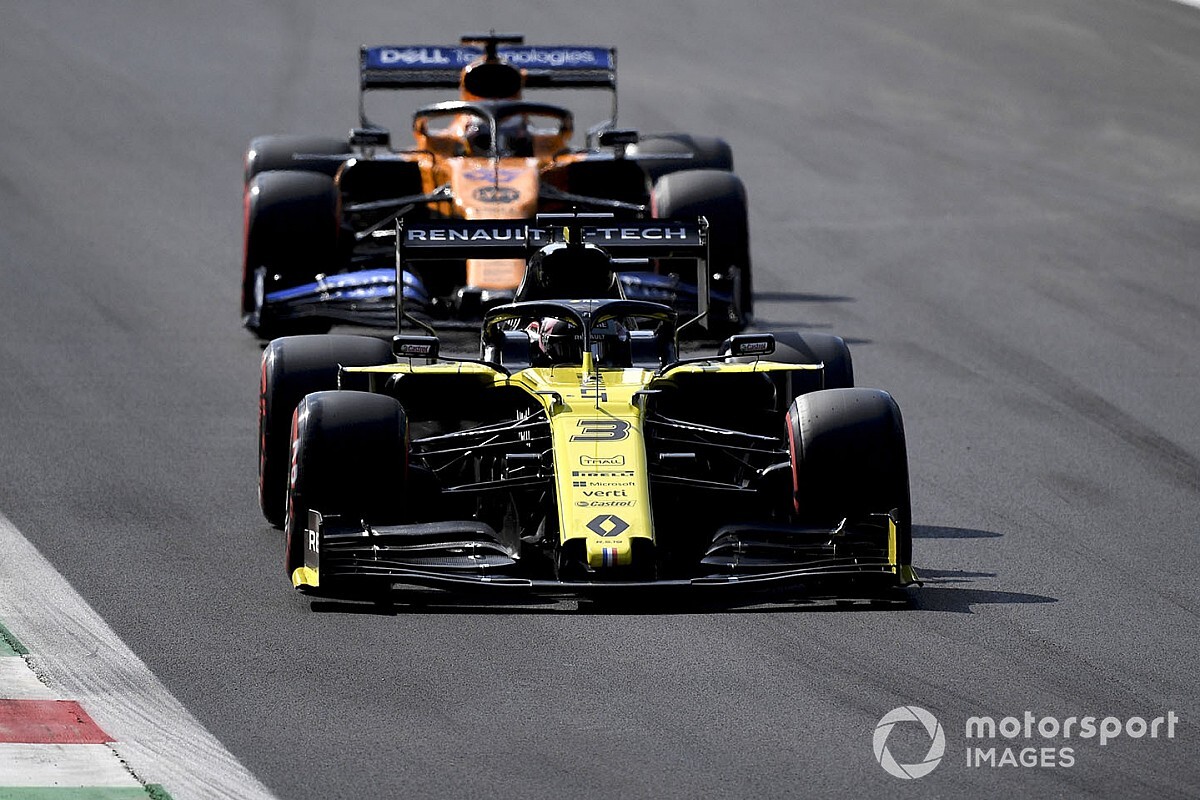 Renault drivers Daniel Ricciardo and Nico Hulkenberg earned fourth and fifth places in the last race at Monza, and in the two events held since the summer break the Enstone outfit has made a net gain of 25 points on fourth-placed McLaren – leaving the current gap at 18 points with seven races still to run.

Abiteboul believes that Renault has the better overall package and will able to close the gap by making the most of weekends where it has an advantage over the Woking outfit.

"It's a bit of an awkward situation, but clearly McLaren's resurrection is also due to a combination of a resurgence on the power unit side and on the chassis side," Abiteboul told Motorsport.com.

"That's a fact, so I think it's going to be about track characteristics and who is capable of seizing the opportunity offered by the track.

"The pressure is not changing, and indeed when you are not in line with your target, you feel pressure, but I'm sure it's the same for everyone on the grid, otherwise you don't race in F1.

"It's good to have targets that are challenging to achieve, because that keeps us on our toes. Targets need to be realistic, and they are realistic for this year, being P4 was and is a realistic target. We need to keep on working and keep on delivering against it."

Abiteboul acknowledged that Spa and Monza played to the specific strengths of the Renault package relative to that of McLaren, but stressed that big points had gone astray at other venues.

"Frankly life doesn't change, the strengths and weakness of the car have not changed, and we know also we know the positives and the negatives to expect from the upcoming races.

"There have been a number of tracks where we could have had this type of result, more or less, and it's not happened. I think it only fair that it's happening at least once.

"There have been a number of occasions, and this time it went our way. Nothing really external helped us in Monza, apart from maybe Vettel [spinning and being penalised]. Apart from that the car was strong and deserved to be in that position.

"It's satisfying, and I hope it's a momentum that we can carry into the factory, and we can keep on improving the car.

"Again that's also what we need to do, a taste of what we would like to feel more often. But we can't wait to be on special tracks for this to happen. I think we can still have a number of tracks where the car can be decent, and we just need to do the same when that happens."

Singapore GP: All the winners since 2008